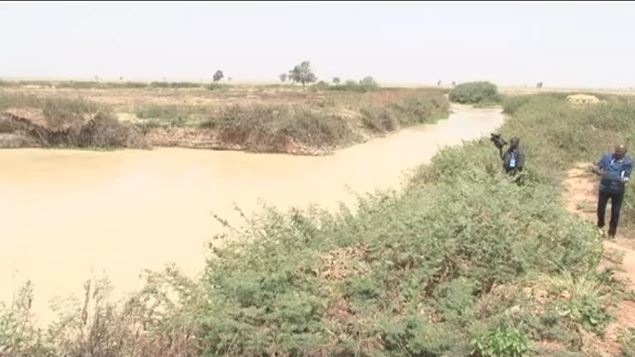 Minister of water resources, Suleimen Adamu visited Zauro polder project- one of the platforms for dry-season farming in Kebbi  state, and  partnership project  between Kebbi state and the federal government to boost all year round farming in the state.
In Nigeria lake rice is fast gaining grounds as a competitive alternative to imported rice. It is the end result of a partnership between two states-Kebbi and Lagos.

The initiative is described as unprecedented and a testimony of the success of federal government’s ‘anchor borrowers’ programme designed to aid farmers and improve food production.

Kebbi is taking yet another step forward in boosting all year farming in the state, this time it is partnering the federal government in what is called the “Zauro polder project”.

It is believed that the project will enable the state to maximize the opportunity of its vast and fertile land and double its yields through all year round farming.

Meanwhile, the project has the potential of 10,000 hectares of irrigable land while just one hundred hectares of land is being utilized

Though funding the project has been a challenge since inception in 1982, the federal government is however considering completing it.