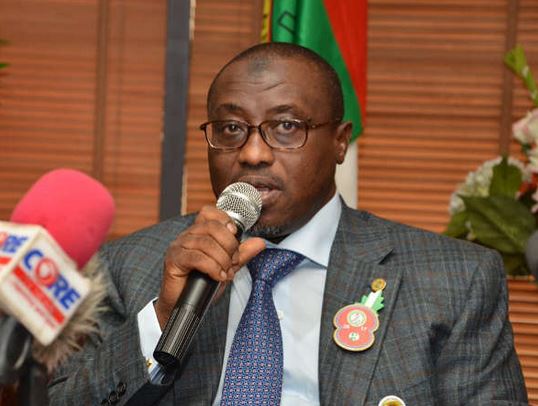 The Nigerian National Petroleum Corporation, NNPC has pledged to strengthen the Anti-Corruption war across its value chain to ensure efficiency and optimization of resources.

This was stated in a press release issued by the Group General Manager Group Public Affairs Division of the Corporation, Ndu Ughamadu on Thursday.

NNPC GMD, Dr. Baru, said as an anti-corruption minded entity, the NNPC had meted out appropriate sanctions against staff found to have flouted established process and procedures.

“We have meted out quite heavy penalties and we were also able to retire staff who flouted our process,’’ he said.

Emphasizing the Corporation’s antecedent in the ant-graft campaign in the early twenties when he was Chairman of the NNPC Anti-corruption Committee, Dr. Baru noted that as an organization with similar aspiration as ACAN, the Corporation was open to a workable and harmonious relationship based on shared values and commitment.

“NNPC was the first agency of government to form an in-house anti-corruption committee soon after the proclamation of the ICPC Act.
This action showed our commitment to transparency and openness in all what we do and it also showed our zeal to ensure our staff imbibed the culture of fighting corruption,’’ he said.

The GMD said currently the Corporation’s anti-corruption posture had been accentuated with the monthly publication of NNPC financial and operational report on national newspapers, online news portals as well as on the NNPC website.

He explained that the principle of corporate governance has been stretched a notch higher with prompt remittances of oil and gas revenue into the Federation Account while it is also a matter of public knowledge that the Corporation has embraced fully the practice of conducting open public bid exercises in sourcing service providers and suppliers for day to day operational requirements.

Dr. Baru said these open bid exercises were usually covered live by major television networks in the full glare of representatives of the bidding companies with officials of the Department of Petroleum Resources, DPR, Nigerian Extractive Industries Transparency Initiative, NEITI, Nigerian Content Development and Monitoring Board, NDCMB as well as members of the civil society organisations in attendance as independent assessors.

The GMD noted that the NNPC was undergoing reforms anchored on the full activation of the 12 Business Focus Areas, BUFA, with the cardinal philosophy of engendering an efficient first class oil and gas entity with clear–eyed gaze at transparency and accountability.

Similar sentiment was expressed by Prof. Sola Akinrinade, Provost of the Academy who indicated the readiness of ACAN to help the Corporation boost its anti-corruption quotient with apt capacity building sessions for staff and management in the subject of anti-corruption.