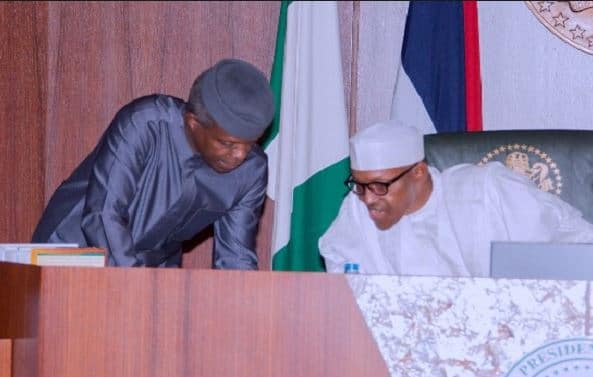 The Federal Executive Council (FEC) on Wednesday approved N80 billion for the reconstruction of 12 federal roads across the country and simultaneously also approved contracts for roads and rail in Abuja metropolis.

According to Fashola: “The first is the approval for the Engineering and Consultancy design for access roads 1 and 2 ‎to link Asaba in Delta State and Onitsha in Anambra State to the Second Niger Bridge project.

“Subsequent to the award of further works of the Second Niger Bridge we have started work now by this approval on the design of the link road that will connect the two states to the bridge.

“The design is expected to be completed in six months and we will start procurement and as the bridge advances we can then connect the two states. The contract sum is N150,840,000,’’ he said.

He said the other road projects approved across the states included the Numan, Jalingo roads connecting Adamawa‎ and Taraba states and the replacement of bridges at Mayanchi along Gusau-Sokoto road in Zamfara states.

According to the Minister, other roads approved for reconstruction by the council are in Bauchi, Plateau, Osun, Kwara, Oyo, Enugu, Kaduna and Kano.

Fashola disclosed that the council also approved the Power Sector Recovery Programme aimed at improving electricity in the country.

“It’s a programme that comprises many policy actions, operational and financial interventions that needs to be carried out by government to improve transparency, service delivery, performance of DISCOS, Transmissions companies, the entire value change in order to create more viable power sector that is private sector driven.’’

He said the council also approved the extension of the consultancy and project management contract for the Katsina Wind Energy Farm project.

The minister revealed that the extension was necessitated by challenges faced in the course of executing the project that was awarded in 2010 and expected to be completed in 2013.

“The expatriate implementing the project was kidnapped and when he was eventually rescued he never came back and that delayed the project. But we have revived the project; a new contracting team is back on site.

“The contract of the consultants representing us has expired and so we are extending his contract to cover new period of completion,’’ he said.

Bello stated that the approved projects included the procurement of 12 sets of train coaches to be used on the completed Lot 3 rail tracks.

He said Lot 3 will start from Abuja metro station through the Stadium, National Park, Ring Road 11 station, Idu station and will terminate at the airport.

He said the council  awarded contract for Phase 2 of the Abuja Mass Transit Lot 1B (26.77km) which is from Ring Road I, passing through Area 10 beside Wuse Market, Berger Junction, Jabi Motor Park, through Life Camp to Gwagwa.

According to him, the contract included the completion of the remaining part of Lot 1A (5.76km); Rolling stocks; workshop equipment and the three years Management contract.

He said the contract that was awarded to CCECC is funded by EXIM Bank at the cost of 1.79 billion dollars.

Bello said the council also approved contract for the continuation of infrastructural development of Jahi District at the cost of N19.473 billion

He said the council approved N2.4 billion for the construction of 3.5 kilometres road to link Ring Road III to Wasa Junction with Karshi -Ara-Apo Road in the FCT.