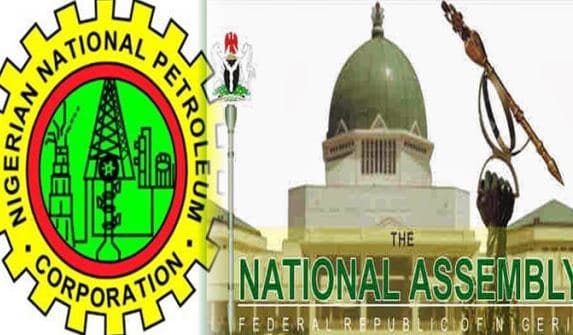 The Nigerian National Petroleum Corporation, NNPC, has described the interplay between members of the executive and the legislative arms of government as an indispensible element of the democratic process with potential positive spin-off effect on the oil and gas industry in the country.

Delivering a keynote speech at the Executive Intelligence Management, EIMC, Course 10 of the Institute for Security Studies, Bwari, Abuja on Tuesday, entitled: Executive-“Legislative Relations: Gaps, Challenges and Prospects”, the Group Managing Director of the Nigerian National Petroleum Corporation, NNPC, Dr. Maikanti Baru, said the occasional struggles between the executive and legislature when handled with the interest of the Nigerian people at heart can be a healthy rivalry capable of unlocking the potentials of the nation for prosperity, good governance and democratic excellence.

“It is believed that a government business enterprise such as the NNPC, and by wider application, the oil and gas industry as a whole, will benefit from a constructive legislative-executive interplay that stimulates government agencies and parastatals to thrive and support our national aspirations,’’ he said.

On the relations between the national oil company and the legislature, the GMD said the contributions of the National Assembly to the effective operation of the NNPC were immeasurable over the years.

“While the critical role of the legislature may be blurred to the laity, we in the oil and gas industry, the NNPC, appreciate this arm of government’s immeasurable significance in our day-to-day operations. In appreciation of the importance of the National Assembly to our operations, a full department headed by a General Manager, is dedicated to managing the relationship between NNPC and the legislature,’’ he said.

The GMD said a total of 22 committees of the National Assembly made up of eight core standing committees, 11 non-core standing Committees and two ad-hoc committees perform oversight functions on the operations of the NNPC.
Dr. Baru said the NNPC was currently collaborating with the legislature and other industry stakeholders to ensure the passage of the Petroleum Industry Governance Bill, PIGB, hitherto referred to as the Petroleum Industry Bill.

He re-iterated that the Industry, under the leadership of the Honourable Minister of State for Petroleum Resources, Dr. Emmanuel Ibe Kachikwu and with the support of His Excellency, President Muhammadu Buhari, has adopted the approach of splitting the PIB into four segments, namely: the Petroleum Industry Governance Bill, (PIGB), the Fiscal Regime Bill, the Upstream and Midstream Administration Bill and the Petroleum Revenue Bill in order to expedite its passage.

The NNPC GMD said that despite the cordial relations between the Corporation and the Legislature, there existed grey areas which occasionally reared their ugly heads in the relationship which has spanned closed to two decades.

Dr. Baru stressed his inability to be physically present at all National Assembly engagements, pleading that the legislature should show understanding as the commitment of the office of the GMD of NNPC was highly demanding which he noted must be appropriately shared between doing the operational/administrative functions and responses to the National Assembly and other arms of government’s invitations.

On the reported move by the Federal government to legalize and regularize the operations of illegal refineries in the Niger Delta, the GMD said the initiative would help instill sanity and provide the much needed technical support and framework for the operation of the would-be modular refineries.

Dr. Baru identified enacting laws to criminalize pipeline vandalism or sabotage as an area in which he sought closer relations with the legislature, explaining that the activities of the vandals posed a lot of challenges to the industry and that existing legislation on the subject appeared too weak to serve as deterrence.