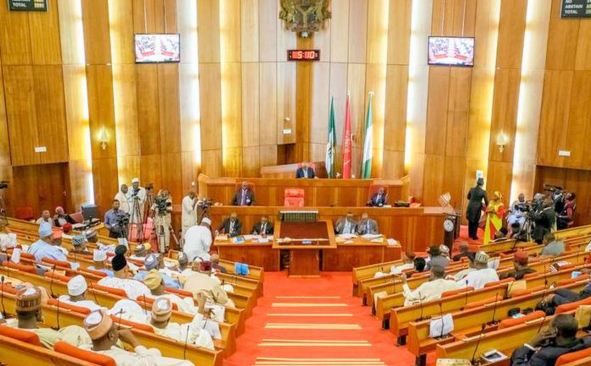 Cecilia Ijuo, NAN: The Senate on Thursday mandated its Committee on Power, Steel Development and Metallurgy and Committee on Gas to investigate the Kaduna 215-megawatts Power Plant’s failure to generate electricity.

This followed a motion by the Chairman, Committee on Gas, Sen. Bassey Akpan, who said at plenary, that there was an urgent need to save the plant.

He said that the problem at the plant had led to protracted power shortage in the northern part of the country, leading to the shutdown of the industrial sector in the region.

He said that the failure of the plant was due to lack of pipelines from the southern part of the country to the northern part.

“It is surprising that the Federal Ministry of Power, Works and Housing appears to have jettisoned the use of gas to power the Kaduna power plant.

“Instead, it opted for the construction of Automobile Gas Oil (diesel) tanks for the use of diesel, which is 60 percent higher in cost when compared with gas.

“It is further surprising that in the Federal Tenders Journal of May 28 to June 11, 2017, the Federal Ministry of Power, Works and Housing advertised for the supply of AGO instead of gas to power the Kaduna power plant,’’ he said.

He, therefore, called for an alternative gas supply mode to the plant to get it working.

Contributing, senators supported the motion, noting that 215mw was not a small amount of power that should be toiled with, particularly with the epileptic power supply in the country.

They commended the sponsor of the bill and asked that something urgent is done to tackle the problem.

In his remarks, the President of the Senate, Dr Bukola Saraki, called on the committees to carry out the investigation and get back to the Senate.

He said, “the committee must take this matter with the seriousness it deserves and quickly come back to us.

“Clearly, there is an issue here. Obviously, there are people who are looking at personal interest as against the interest of the people.

“There is no doubt about it; alternative option of gas is the way forward. To say now that it is diesel, I really cannot fathom,’’ he said.

Saraki assured that the Senate would take a firm decision on the development.