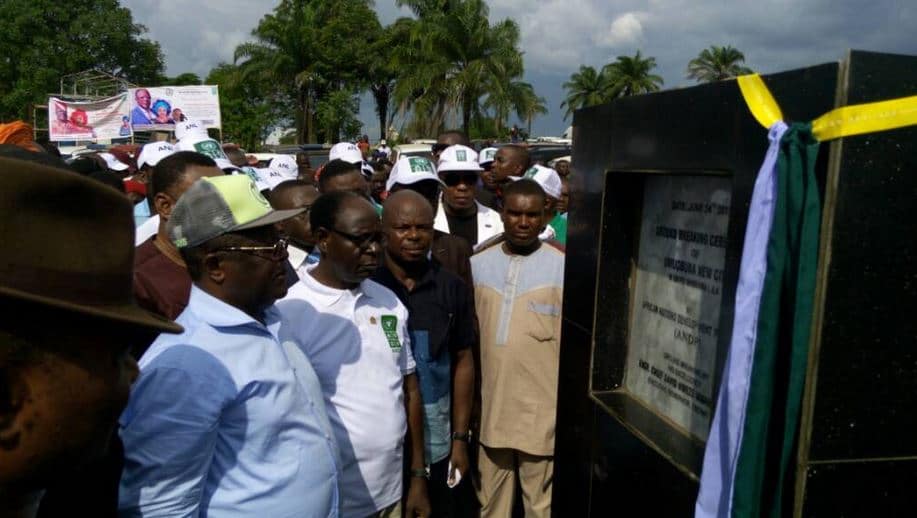 The less privileged in Ebonyi will soon have a new lease of life as Africa Nations Development Programme (ANDP), an Abuja-based NGO, has begun the construction of a N7 billion New City free for them.

Reports say that the project in Ebonyi is one the many that will be sited in each state of the country with that in Cross River having been launched and will cost the organization about N2.7 trillion.

In the South-East, Enugu and Ebonyi and two other states in South-South, Akwa Ibom and Cross-River have provided land for the project.

The project had started at Ikpa Nkanya in Cross River on a 250-hectare land provided by the government.

Also, Kaduna, Kano, Jigawa and Adamawa have promised to provide land in scattered locations for the project.

Dr Samson Omojuyigbe, Director-General of the ANDP, during the groundbreaking ceremony at Uburu on Saturday said that the project was aimed at giving hope to the most vulnerable segment of the society who are buffeted on all sides of the economic divide.

“This is important to us because the project is one of our efforts to ensure the practical fulfillment of the dream of the ANDP in providing relief for the suffering people of Africa.

“I feel particularly happy that Ebonyi has become one of the leading states to benefit from the project presently after overtaking two other states hitherto in the run for the project.

“I therefore congratulate the government and good people of Ebonyi as a member of the frontline states to proudly benefit first.

“The most gratifying issue is that the state government will not make any contribution towards the project but will provide lands and the enabling environment to achieve its success,’’ he said.

Gov. David Umahi said that land owners in Ebonyi would henceforth become equity owners of the investments from local and foreign investors sited on their lands.

According to him, the government in adhering to democratic tenets will not dispossess its people of their lands as they are enjoined to offer lands for joint participation in agricultural enhancement and other economic ventures.

“We have concluded arrangements with Chinese investors to invest in any local government area that will provide between 5, 000-10, 000 hectares of land for agriculture and other economic ventures.

“We will approach the state House of Assembly to enact a law that will ensure that no land will be allotted to investors without the active participation of the owners in its usage,’’ he said.

Umahi noted that the desired rate of development would not be achieved in the state if the people hold firm to their lands as the government and investors were not expected to construct in the air.

“All lands in the state, however, belong to the government as an investor has given us two weeks to commence a similar project in the Nwofe area and inject 10 million dollars to expand and manage our fertilizer plant.

“We have achieved much in road, bridge constructions among others and our attention will shift to large-scale mechanised agriculture and establishment of industries among other viable-economic ventures,’’ he said.

He thanked the ANDP for undertaking the project in the state, noting that he was fascinated being informed of the success of such project in Calabar, Cross River and other states in the country.

Mr Benjamin Eze, Country Director of ANDP, said that it was an offshoot of the United Nations Development Programme Initiative which undertakes programmes and projects to enhance the lives of the less privileged in the society.

“The Ebonyi government would invest no funds into the project which involves 5, 000 detached bedroom bungalows with facilities such as roads, electricity, schools, police posts and other security installations, hospitals and fire stations among others,’’ he said.

Mr Samuel Okoronkwo, Commissioner for Local Government and Chieftaincy Matters, debunked the notion that the land on which the projects would be sited was being disputed by a prominent indigene of the area.