We are paying AEDC for supplying us ‘darkness’ – Lafia residents

Some residents of  Lafia on Saturday lamented poor service being rendered by the Abuja Electricity Distribution Company (AEDC), saying the company had no business remaining in the town. 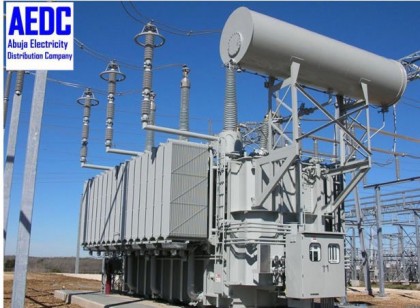 The residents voiced out their feelings during a Townhall meeting organised by Nigeria Electricity Regulatory Commission (NERC) held in Lafia.

The News Agency of Nigeria (NAN) reports that the meeting was organised for electricity consumers to discuss the regulation of power supply and how to get complaints addressed.

“AEDC has succeeded only in transmitting ‘darkness’ and we have been paying for ‘darkness’ since April.

“The best thing is for you (AEDC) to leave, or install prepayment meters in homes, so that you stop charging us for ‘darkness’,’’ he said.

Mr Ayuba Adamu, a retired police officer residing in Bukan Sidi area, said in spite of repeated complaints to AEDC, both verbal and written, the company did not respond to his complaint.

“I complained to them verbally and in writing, but they refused responding to my letter on why we should be paying for service not rendered.

“Please, I am begging in the name of God, my electricity account should be closed for good because the truth is that there is no transformer in my area, yet bills keep coming,’’ he said.

Other consumers spoke in the same manner, urging the company to either breast up, or desist from sending bills to them.

Responding on behalf of the company, Mr Christopher Chime, AEDC Area Manager in charge of Keffi, expressed sadness over the complaints and apologised to the people.

He said AEDC was still a ‘baby company’ of just three years.

“For all that has happened, we are sincerely sorry. One of the major challenges facing Lafia is that Nasarawa is the only state without a super grid.

“Lafia is among the state capitals with the highest voltage level in the country, which is 330kv.

“So I crave for your patience as we work harder to improve supply; the truth is that electricity for Lafia comes from Akwanga and the voltage is not very good, hence the shortages.

“By the time we have 330kv working in Nasarawa, the situation will change for good,’’ he pleaded.

Chime then revealed that before the end of the month of July, 1500 prepayment meters would be supplied to residents of Lafia metropolis, adding that approval had been secured for the distributions.

“Approval has been made. It is only for us to do the programming of the meters before we start distributing to our customers,’’ he explained. (NAN)