The Federal Government on Wednesday in Abuja released N100 billion to road contractors to facilitate the construction and rehabilitation of 25 priority road projects across the six geopolitical zones. 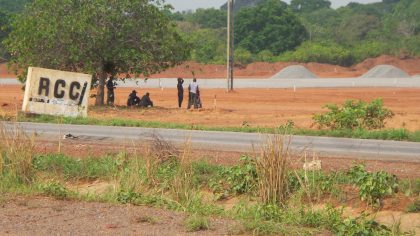 The Federal Government raised the funds through the issuance of Sukuk bonds.

Sukuk bonds are Islamic bonds, structured in such a way as to generate returns to investors without infringing Islamic law that prohibits “riba” or interest.

Sukuk holders are entitled to a share in the revenues generated by the Sukuk assets.

The Minister of Finance, Mrs Kemi Adeosun after presenting the cheque of N100 billion to the Minister of Power Works and Housing, said the money would be used to construct roads necessary for the country’s economic growth.

“The proceeds will be used to further support government capital spending for 2017 in the construction and rehabilitation of 25 key economic roads across the six geo-political zones of the country.

“The roads will ease commuting, spur economic activities across the country and further close our infrastructural gap,” she said.

Also, the Minister of Power, Works and Housing, Mr Babatunde Fashola said with the release of the funds, contractors had no excuse to delay the execution and completion of projects.

“We had initially had a meeting and you all alluded to what the problems are. First of all, the problems identified were broadly two, that of finance and weather.

“I promised that we will solve the finance problem and nature will take care of the weather problem.

“Thank all the investors of Sukuk for showing confidence not only in the instrument but in the Nigerian economy because it is a message that there is still a lot of promise in the economy,” he said.

The Representative of the Contractors, Mr Mousa Nahkia, who is the Managing Director of RCC Nigeria Limited, expressed the contractors’ gratitude to President Muhammadu Buhari for “working day and night to make this a reality”.

Also, the Director, Highway Planning and Development, Ministry of Power, Works and Housing, Mr Chukwunwike Uzo said that the money has been shared equally amongst the six geopolitical zones.

He said that this means that each zone had an equal allocation of N16.67 billion to carry out road projects in their respective region.

The North Central has five projects which are the dualisation of Lokoja-Benin road, Abuja-Abaji-Lokoja road section one, three and section four and Construction of Oju-Loko-Oweto Bridge over River Benue.

For the South South, five projects will benefit from the fund namely; dualisation of Yenegwe to Kolo to Otuoke to Bayelsa palm road.

Other projects in the region are the rehabilitation of Enugu to Port Harcourt road section four and the dualisation of Lokoja to Benin road section two, three and four and five.

Finally, three projects would be executed in the South West region namely; reconstruction and asphalt overlay of Benin to Ofosu to Ore to Ajebandele to Shagamu dual carriageway phase three and four.

Also the dualisation of Ibadan to Ilorin road section two would also be completed using the raised funds.