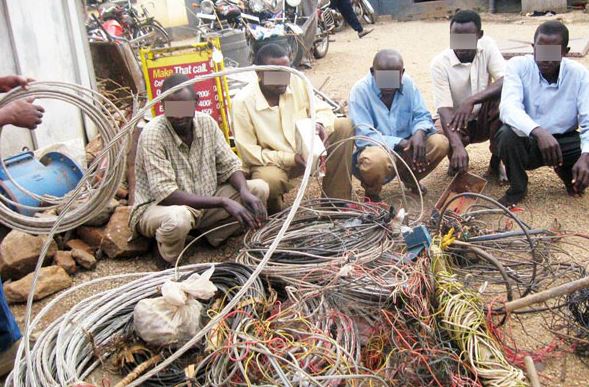 Idris made this known while inaugurating the Anti-Electricity Vandalism Response Squad (AEVRS) on Tuesday in Abuja.

He said that 233 cases of vandalism were recorded in the area during the period.

He, however, said that over the years, the police did a lot to prevent vandals from destroying electricity installations across the country.

“With the worsening state of the situation, it has become expedient to urgently develop an improved strategy to better protect the nation`s critical electricity infrastructure,” the police boss said.

He added that the creation of AEVRS became necessary because the traditional methods deployed were not enough to adequately guarantee their safety.

He explained that the unit was specifically dedicated to the protection of electrical installations among others.

Idris said that to ensure that no part of the country was left out of the strategy, commissioners of police in all the states had been directed to liaise with electricity distribution companies in their states.

He said that policemen deployed to the unit would undergo specialised training to update their skills.

“In addition, the unit is subject to routine monitoring and evaluation to ensure they remain focused,“ he said.

Earlier, the Managing Director of AEDC, Mr Ernest Mupwaya, had said that the company recorded 89 cases of vandalism in 2016, adding that the figure doubled in 2017.

“Between January and September, 233 cases of vandalism have been reported within our franchise area,” he added.

He also said that the company spent N195 million to replace vandalised items during the period.

Mupwaya said that the implication of the “unfortunate situation is that money which ought to be used for acquiring new assets will be channelled to replacing vandalised equipment’’.

He restated the company`s preparedness to ensure that all bottlenecks impeding supply of electricity to customers were removed.

The Chairman, Board of Directors, AEDC, Mr Shehu Malami, said that the rising cases of vandalism of power equipment was a major threat to efficient electricity generation and distribution in the country.

He said that the company was committed to work with all stakeholders to improve power supply to customers within its franchise areas.

“I am also using this opportunity to call on members of the public to join hands with us in this partnership with the police to tackle this menace,“ he said.