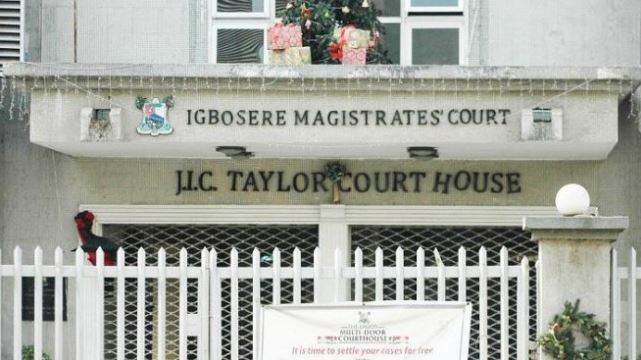 “Magistrates’ working conditions are very poor; they do most of the work and make massive sacrifices, but no one cares about their welfare or even the courts they work in,” Umar said in a speech at MAN’s National Executive Council Meeting (NEC).

He regretted that things had turned from bad to worse for the Magistrates, saying that appeals to various states for improved working conditions had not been heeded.

Umar said that justice delivery and administration in Nigeria would continue to suffer if the courts that handled the bulk of cases continued to suffer neglect.

He appealed to the National Assembly to quickly pass into law, the bill initiated in 2016, for a special salary structure for magistrates in the Federal Capital Territory.

“This bill has already passed the first reading; we intend to ensure it is domesticated in all states once passed into law,’’ Umar said.

The MAN president appealed to the Ondo State Government and the State Chief Judge to have a second look at the case of their members currently on suspension.

Earlier, Chief Magistrate Medinat Akanni, MAN Vice President (South-West), had said that the theme of the
meeting “Enhancing Justice Delivery and Administration in Nigeria’’ was apt, in view of the neglect of the judiciary.

She said that the judiciary was experiencing “a trying stormy time” with members of the public consistently asking for a refined justice delivery system that would address their concerns.

Akanbi regretted that the public perception of the judiciary was very negative, and urged stakeholders to “act fast to restore confidence in the system”.

She assured Nigerians that the justice system would not be compromised, promising that MAN would strive to uphold the integrity of the magistracy so as to regain public confidence in the system.

Mrs. Bolajoko Adeniji, Emeritus Chief Judge of Oyo State, in her remarks, called for concerted efforts that would strengthen the independence of the judiciary.

“The institution of the judiciary must be independent; it must operate separately from government and never be controlled by any power.

“If the judiciary is to exercise a truly impartial and independent adjudicative function, it must have a special power to allow it to keep its distance from other government institutions and political influences,” she declared.