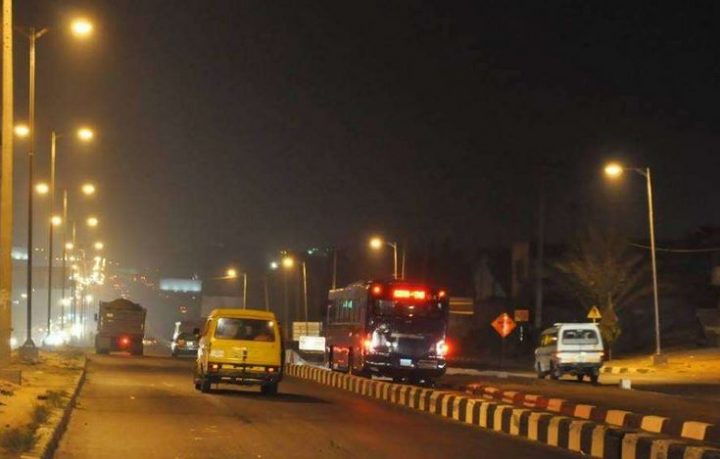 The Federal Road Safety Corps (FRSC) on Friday warned drivers, especially commercial drivers, against night journeys due to its grievous consequences, if anything goes wrong.
The FRSC Commander for Ozalla Unit Command in Enugu State, Mr Austin Ekele, gave the advice while speaking with the News Agency of Nigeria (NAN) in Enugu.
Ekele was speaking on the sidelines of the “Ember months’ rush,’’ during which most commercial bus drivers used to exploit, to make more money.
He noted that when a vehicle develops a fault or an accident occurs, it would be difficult to get immediate help to rescue the situation, unlike the quick response that could be available during the day time.
The unit commander emphasised that there should be no compromise on the use of quality tyres, saying that the lifespan of any tyre was four years, whether in use or not.
“So, drivers, especially commercial drivers, should assist us by ensuring that they buy genuine and usable tyres, in order to stem tyre bursts and the accompanying accidents,’’ he said.
The commander also advised commercial drivers not to be in a hurry while making any journey, cautioning that: ‘‘Do not allow passengers to push you to be in a hurry or drive speedily.
“As a driver, you have your family, relatives and friends awaiting your return at the end of the day.’’.
According to him, drivers should take time to rest and recover from an extensive driving period, before hitting the road again.
“Commercial drivers should desist from taking stimulants while driving but learn to park and either rest or sleep if they felt tired while on a journey,’’ he said.
On developments in his unit, Ekele said the unit command had been organising proactive sensitisations against reckless driving, ahead of the ember months.
“Before now, we have taken sensitization to a lot of motor parks, churches and communities in our jurisdiction, which has helped to reduce incidences of road accidents in the area.
“I appeal to drivers, especially commercial drivers, plying the Enugu – Port Harcourt Road to co-operate with FRSC personnel, as they carry out enforcement meant to make the road safe and secure during the ember months,’’ he added.