Fuel Scarcity: DPR Directs Priority to Be Given to Fuel Distribution to Lagos 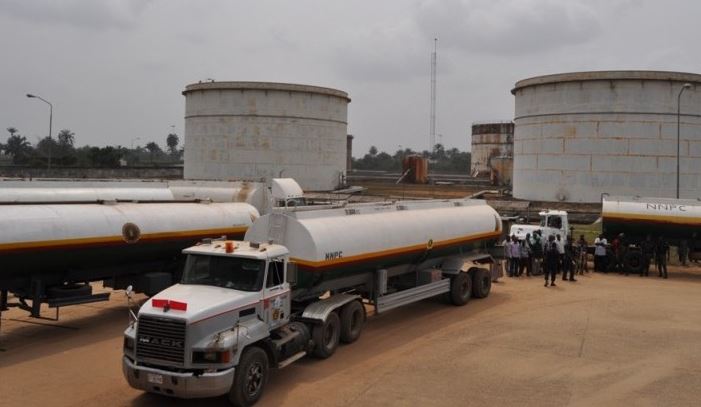 The Department of Petroleum Resources (DPR) has directed private depots with petroleum products to give priority to Lagos State in the distribution to end scarcity in the state.

Mrs Ijeoma Otti-Onyeri, the Assistant Director, Retail Outlets Monitoring, Downstream Division of DPR, gave the directive during an inspection of some depots in Lagos.

Otti-Onyeri said most of the trucks that loaded petrol in all the depots visited were going outside Lagos State.

The assistant director said that this had led to the scarcity of the product and prolong queues of motorists in many filling stations.

“There is panic buying because there is speculation that there will be increased in the pump price of petrol, that is why we are monitoring depots to find out those that have fuel.

“From Obats, Dee Jones, Sahara, NIPCO and Aiteo Depots, we observed that they all have stock that can last for five to seven days.

“The issue now is for them to concentrate on local distribution instead of giving priority to the trucks that are going to other states.

“We are all aware that if the scarcity of the product reduces in Lagos, the noise about the scarcity of fuel will go down. The concentration should be in Lagos Metropolis,” she said.

Otti-Onyeri called on marketers who complained of buying the product at N141 per litre to report to the department with evidence.

The News Agency of Nigeria reports that loading of petrol was ongoing in the five depots visited.

At Sahara Depot, Mr Saheed Omotosho, the Operation Officer, said that the depot had 1.3 million litres of petrol in stock.

Omotosho said that the depot had loaded 13 trucks as at the time of the visit, promising that they would extend loading time.

Also at NIPCO Depot, Alhaji Taofeek Lawal, the Head, Corporate Communications, said that the company has 16.6 million litres of petrol in stock.

Lawal said that 98 trucks were loaded with about 3.9 million litres on Tuesday.

According to him, of the 98 trucks loaded, 28 trucks were meant for Lagos, while 70 were for outside Lagos.

He assured DPR monitoring team that NIPCO would concentrate more on local distribution to reduce the scarcity in Lagos.

At Aiteo, the representative of the company, Emmanuel Oguntula, said that 26 million litres of petrol were available, adding that 43 trucks had loaded most of which were going outside the state.

Oguntula blamed the scarcity on lack of access road to the depots, adding that tankers spent many days before getting to the depot.