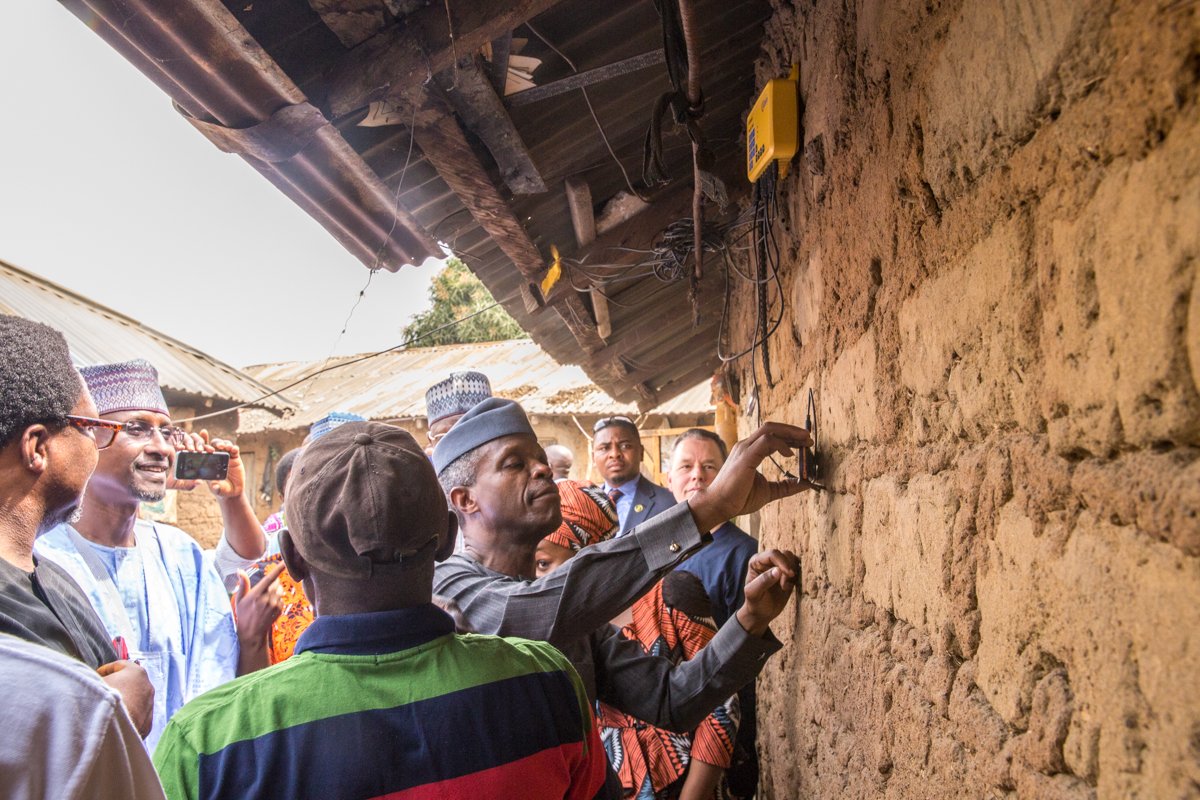 The Acting President on Tuesday launched the Solar Home system in Wuna village in the FCT to compliment power supply to rural areas.

Wuna village in Gwagwalada Area Council of the FCT typifies rural life in Nigeria. Residents here eke out a living from resources within their environment.

But as in other parts of the county, their dreams of breaking forth are dashed by dearth of infrastructure.

In Wuna community power supply or electricity is non-existent, potable water is a luxury.

READ: We Will Do All We Can To Support Local Producers And Manufacturers – AG. President Osinbajo

The story of residents of Wuna community be however be changing with the rehabilitation of this solar energy driven borehole initiated by the office of the Vice President.

The borehole was built 16 years ago but was since abandoned.

With solar power home systems installed in their community some of the residents evaluate the impact on their living conditions.

The solar home system program is a project by the Niger Delta Power Holding in conjunction with Azuri Technologies, UK.

This initiative by the Federal Government is intended to provide electricity to homes that cannot be serviced by the national grid especially those in the rural areas.

While launching the facilities, Acting President Yemi Osinbajo says government would continue to deplore power from all sources.

Nigeria and the UK government entered into an understanding on the promotion of solar energy in 2016.