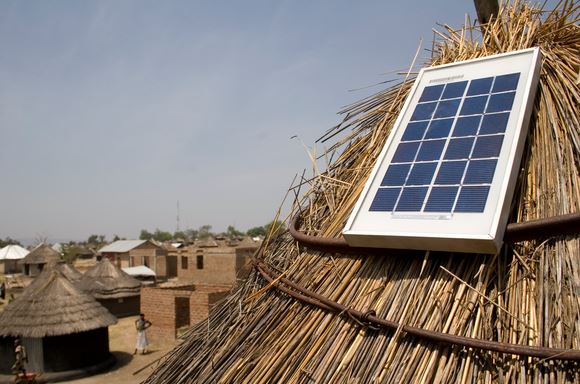 The Renewable Energy Association of Nigeria (REAN) has advocated the provision  of  a zero per cent Value Added Tax (VAT) on all Distributed Renewable  Energy Products (DREP) in the country.

The Federal Government had approved the reduction in the import duties of 115 items in various sectors of the economy.

Government had also approved a zero import duty for machinery and equipment used in some sectors like the power sector.

But for  items  like automatic circuit breakers, switches, lamp-holders, electrical apparatus for switching or protecting electrical circuits, approval was given for the reduction of their import duties from 20 per cent to 10 per cent.

Adaju said zero VAT for DRE products like batteries, charge controllers, inverters and the implementation of the approved low tariff on other renewable components would promote in-country assembly of DRE products in Nigeria.

He said it was important that Nigeria considered the adoption of a zero VAT administration like other African countries, noting that the acceptance would boost job creation for prospective investors in the sector.

“Government of Nigeria should work towards the eventual elimination of all import tariffs and VAT on DRE equipment, components and related appliances,“he said.

He also called for consistency in the application of current VAT and approved import duties  by  government agencies responsible for the enforcement of  tax and tariff on DRE products.

“Harmonised System (HS) codes are used to determine the rate of VAT and tariffs imposed on imports.

In the experience of DRE companies, HS codes are inconsistently applied, making it difficult to predict the level of tax charged.“

He said that taxes imposed on integrated solar home systems, components like batteries, or charger controllers and related DC appliances were often inconsistent.

The REAN president said disputes over how DRE products and components should be coded and how much tax they should pay was resulting in significant delays and an increase in the cost of doing business in the sector.

He called for consistency in the coding of DRE products and components to predict the level of VAT and import tax  accrued to the products .

According to him, it is very important that ports and customs authorities adopt the HS codes consistently.

This, Adeju said, could be done through capacity enhancement of port authorities.