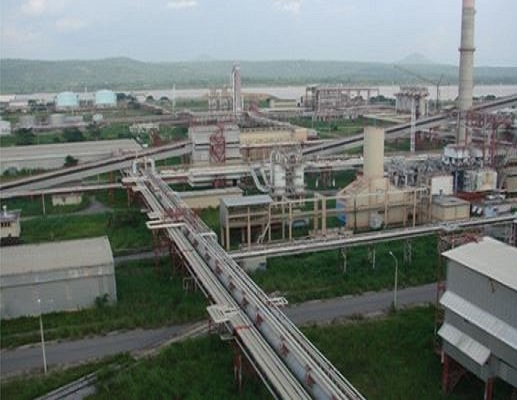 Some of the stakeholders said that government should not attempt to commercialise or privatise the steel company.

They described the Ajaokuta steel company as the major key asset that Nigerian could boast of.

However, some of the stakeholders said that government should complete the remaining two per cent of the plant and renovate the asset to have more value.

They said that it would make the PPP arrangement, commercialisation or privatisation an easier task.

Saliu said that no privatisation had favoured or worked in Nigeria, adding that power sector that was privatised was a total failure.

He said that the steel plant was 98 per cent completed, urging the Federal Government to complete the remaining two per cent and test run the plant for few years before involving the private companies as PPP arrangement.

He said that government should invite the private company, the TP Russian, that built the plant for the completion of the remaining two per cent.

According to him, the steel company is made up of 43 different units; 40 has been completed and the three that are yet to be completed should be given to TP Russian Company to complete them.

He also suggested that government could un-bundle the units to different companies to run them while it manages the water and power units to generate funds for the company.

“What government wants to do now is to commercialise uncompleted plant that will reduce the value of the plant.

“Government should, therefore, complete and operate the steel company for years before involving private companies,” he said.

Prof. Benjamin Adewuyi, National President, Nigeria Metallurgical Society, said that the voice of the society was that the Federal Government should not sell the steel company in its current uncompleted position.

Adewuyi said that an uncompleted asset like Ajaokuta should not be sold because it would go as peanuts.

“Ajaokuta is remaining two per cent to be completed; governments need to complete the infrastructure and test run the company before involving private partnership as PPP arrangement.”

He alleged an India Company that the steel plant was concessioned to, cannibalised and destroyed some of the equipment in the company.

Dr Sanusi Mohammed, Secretary-General of the African Iron and Steel Association, also called on government to complete the plant to operate it for two years before involving private companies.

“The government should complete the steel plant and operate it for two years; during this period, there will be lots of interest from private companies.

“The best option is that government should run the steel plant on PPP arrangement.

Mohammed said that government should complete the external infrastructure such as road, rail and dredge the River Niger, as they were the only means the company would transport materials needed for making steel and export the finished products.

Also, Mr Isah Onobere, Sole Administrator of the steel company, said that the Federal Government had consulted a firm to look into best option that should be adopted on the steel company to become viable again.

Onobere said government had set up a committee to look into the option as soon as the consultant finished and submitted it suggestions.

He said that the ministries of mines and steel development; finance; Bureau of Public Enterprises (BPE), ICRC and others were in the group set up to look into the consultant’s recommendations.

NAN reports that the foundation laying of Ajaokuta was made in 1980 by the former President, Alhaji Shehu Shagari.

The company is located on 24,000 hectares of sprawling green-field landmass built on 800-hectares of land over three decades ago.

However, the Indian firm did not live up to expectations in managing the company and the government, under the late Umaru Musa Yar’Adua’s administration, revoked the contract in April, 2008.