The state Commissioner for Science and Technology, Mr Olufemi Odubiyi, made this known at the 2017 Ministerial Press Briefing to mark Gov. Akinwunmi Ambode’s two years in office.

The briefing held at Alausa, Ikeja. 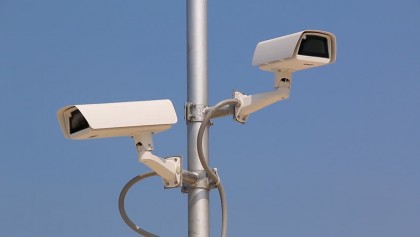 The News Agency of Nigeria (NAN) reports the ministry had in August 2016, said that it would begin installation of 13,000 CCTV cameras in September 2016.

Odubiyi said that the installation was delayed as a result of foreign exchange fluctuations.

”I will like to explain that the delay in the delivery of this project was as a result of the foreign exchange fluctuations.

”We just concluded how to carry out the project in phases. We have also deployed the infrastructure for the installation of the first 300 cameras that have been imported.

”By the time these 300 cameras are completely installed, the other cameras would have been imported to accelerate the project,’’ he said.

The officials said that the CCTV cameras would enhance security surveillance and crime prevention as well as improve living standards and revenue generation in the state.

“There will be equitable distribution of the cameras across the state, and it will have a multiplier effect on business opportunities as the state continues to move toward a 24-hour economy,’’ the commissioner said.

Highlighting some of the ongoing projects carried out by the ministry, Odubiyi said that the ministry launched eGIS system, a digital mapping platform for efficient and effective land administration and property taxation.

According to him, the system will also enable the state government to tackle all land conflicts and tenure insecurity.

He said that the free Wi-Fi internet service at parks and gardens would be extended to other parts of the state to increase access for residents.

”The state government, in collaboration with a private firm, set up computer centres across tertiary institutions in the state to enable better research environment and equip students in information and communication technology.(NAN)