Ochoche made this known during the inauguration of 10 VSF-funded projects by Gov. Kassim Shettima. 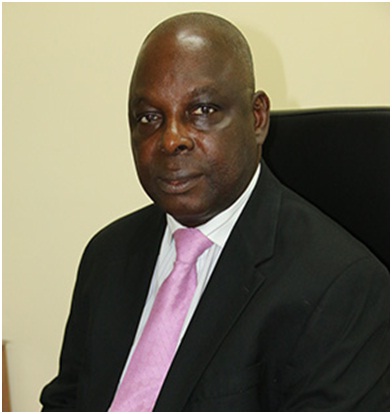 He said that the organisation was proud of the outcome of the reconstruction work in Bama Local Government area, which he described as its biggest projects so far.

According to him, the VSF engaged with the state Ministry of Reconstruction, Rehabilitation and Resettlement (RRR) in the critical construction of Dikwa and Bama local governments.

He said that the VSF, in 2017, scaled up its interventions in Borno and other insurgency affected states of the North-East in education, health, women empowerment programme (WEP) and the agro-based programme.

“We are in the process to begin the reconstruction of 16 schools — four schools each in Damboa, Hawul, Chibok and Askira-Uba local governments.

“The WEP was one of the first that we started with; we gave each of the 1,000 women in the camps in Maiduguri N20,000 to begin businesses.

“Following the success they made, we increased the number by empowering additional 3,000 women and we plan to add another 4,000 women, bringing the total to 8,000.

“We would soon be starting our agro-based programme targeted at Gwoza, Kukawa, Damasak local governments and parts of Bama,” Ochoche said.

He said that these were main livelihood programmes that VSF was embarking on, geared toward durable solutions.

Ochoche described the VSF foster care programme as unique, saying that it was already catering for 500 children in Magumeri, Gubio, Askira local governments.

He explained that under the programme unaccompanied or orphaned children were identified and placed host families paid N10,000 every month for the upkeep each of the children.

Furthermore, he said that the health project which started with two hospitals — the specialist hospital and the University Teaching Hospital — had been expanded to include the Air Force facility in Dalori Camp.

He said that VSF also renewed the grant to the teaching hospital and was in the process of doing the same in the specialist hospital as one of its flagship health programmes, providing excellent healthcare facilities for insurgency victims.

He urged the state government and other implementing partners to also focus on the resettlement and rehabilitation of the victims.

He pledged VSF’s continued support to the rehabilitation and resettlement of the affected persons not only in Borno State but the entire North-East.

Also speaking, Mr Babagana Umara, the Commissioner in charge of the Ministry of RRR lauded VSF for its support.

Umara recalled that the state government launched the reconstruction of 10 public infrastructures just four months ago while the VSF procured building materials worth about N295 million for the implementation of the projects.

According to him, the ministry had received N73 from the VSF after the launch as part of the labour cost.

Umara thanked the state government for taking the giant stride in regard to the reconstruction of Bama town.

According to him, the state government has in the past six months, funded reconstruction projects from its statutory allocation.

He appealed to the VSF to further assist the ministry in the reconstruction of private homes. (NAN)