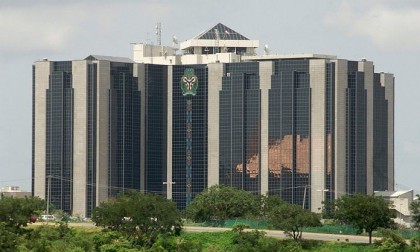 A former Deputy Governor of CBN, Dr Obadiah Mailafia, has advised the Federal Government to invest massively in infrastructure as a way of providing jobs to tackle unemployment in the country.

Mailafia gave the advice in an interview with the News Agency of Nigeria (NAN) in Abuja on Monday.

He said that the government should expand the economy of the country to enhance productivity and growth.

“We need to enhance productivity because that will generate opportunities and expand the capital base of the economy.

“For example railway; what will it take to recruit over a million youth and train them to lay down rail track throughout the country?

“I can tell you, it will work a massive miracle because it will create job opportunities and it will boost aggregate demand.

“It will also promote and lead to the growth of the economy; so we need to do those kinds of projects,’’ he said.

Mailafia quoting the latest statistics by National Bureau of Statistics (NBS), said that unemployment was at 13.9 per cent, saying “that is the average unemployment in Nigeria for everybody.’’

The expert said that bureau stated that underemployment was almost 20 per cent for the youth while unemployment was put at 45.65 per cent.

“The 45.65 per cent unemployment figures is for people from ages of 16-35, this is almost half of the population because the youth are the majority in this country.

“Anybody over 40 years in Nigeria is a minority because the country has a very youthful population and nobody is planning for these youth,’’ he said.

He expressed concern over the unemployment figures, noting that they “are frightening and it is a time bomb; we have to be able to create job opportunities for them.

“Otherwise, they are going to use the energy they have in a destructive manner and that is not good enough.’’

He said one of the blind spoilt in the country’s National Development was that the government don’t have programme for the young people.

Mailafiya emphasised on the need to include the age group in the development plan and come up with programmes that would gainfully engage them.

“I have always had big burden, there are young people with 1st Class Honours who are wondering around without employment.

“The available job in the country is not distributed according to merit. Merit has been thrown to the dust bin.

“We cannot ignore these people, the Arab spring started in Tunisia because the young people were fed up – no job after four or five years – so they became very discouraged.

“Psychologists will tell you that if you don’t use that knowledge after three or four years, the little you know before, you begin to lose it.

He, however, expressed faith that the country would come out of its present economic challenges.

“I believe this country has a rendezvous with destiny. We are meant to be a city set on a hill, a light unto the nations.

“We need a new generation of leaders who understand Nigeria manifesto and inspire our youths to higher calling to believe the mission of the country; we must not fail our God,’’ the expert said. (NAN)