The Association of Nigeria Electricity Distributors (ANED) has assured the non-Maximum Demand (MD) customers or residential customers that it is intensifying plans to provide meters to eradicate the challenge of estimated billing.

The Chief Executive Officer of ANED, Mr Azu Obiaya, in a statement on Sunday in Abuja, said that the DisCos metering target was in line with the performance agreement entered into with the Bureau of Public Enterprises (BPE). 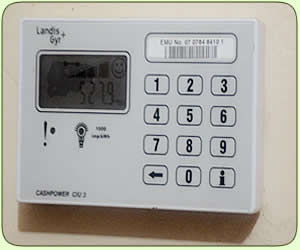 “We are working diligently to address the metering obligations specified under our Performance Agreements with the BPE.

“Meanwhile, we continue to operate the estimated billing methodology that was approved and mandated by the Nigerian Electricity Regulatory Commission (NERC) for the unmetered residential consumers.”

According to him, the DisCos remained sensitive and responsive to the unintentional challenges of estimated billing that residential or non-MD customers were faced with.

“It is critically important that we state that there is no more interested party in the comprehensive metering of our electricity consumers than the DisCos.

“It is our hope and expectation that such metering will be achieved sooner rather than later,” Obiaya said.

The NERC directive only applies to MD customers and not residential customers, adding that NERC had made the clarification which was available on their website.

Meanwhile, investigation by the News Agency of Nigeria (NAN) in some parts of the FCT revealed that some of the MD customers were yet to be metered, while a significant number of them had been metered by the DisCos in the FCT franchise area.

Some of the customers who are yet to be metered told NAN that they would comply fully with NERC directive on non-payment of their electricity bill on estimation.

According to Mr Peter Okon, a trader in Powa Plaza shopping centre in Nyanya area of FCT, he pays between N5,000 and N7,000 monthly as estimated bills.

He, however, said: “I prefer to continue to pay the estimated bills because it is more economical for me, given the various appliances in my shop.”

Mrs Rita Okonofuwa, who is also on estimated billing in the same plaza, said she would adhere strictly to NERC’s directive of not paying on estimation until she was metered.

Okonofowa said that it was difficult paying the estimated electricity bill of between N7,000 and N10,000 monthly given the little usage of electricity in her shop. (NAN)

NEWER POSTSales Rep To Get 6 Strokes For Stealing Phone
OLDER POSTOsinbajo to Churches: Reject Treasury Looters From Thy Midst