The Nigeria Security and Civil Defence Corps (NSCDC) and Electricity Distribution Companies (DISCOs) are collaborating to fight vandalism of electricity installations in the country. 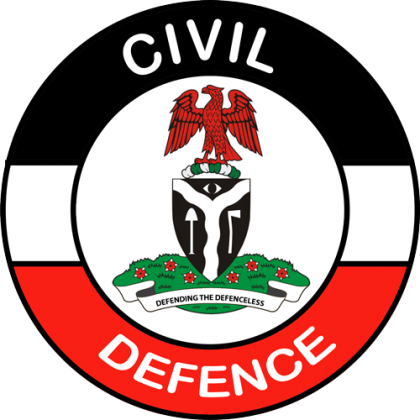 The Spokesperson of the Corps, Mr Emmanuel Okeh, disclosed this to the News Agency of Nigeria (NAN) in Abuja.

“We are working closely with the Electricity Distribution Companies (DISCOs) to ensure adequate protection for these critical assets to avoid vandalism by unscrupulous elements,’’ Okeh said.

He also said that the Corps had stepped up surveillance around electricity installations in the country to stem the tide of vandalism of the critical national asset.

He said the Commandant-General of the Corps, Abdullahi Muhammadu, had directed all State Commands and the Arms Squad to work closely with the various Electricity Distribution Companies (DISCOs) to ensure adequate protection for the facilities.

He said that the NSCDC had also intensified its enlightenment campaign in the media to dissuade members of the public from engaging in such “criminal act and economic sabotage’’.

Okeh said that the Corps had recently arrested and paraded some vandals caught stealing armoured cables belonging to the Abuja Electricity Distribution Company (AEDC) based on its surveillance.

He called on communities where these installations were domiciled to always promptly report any acts of vandalism to the NSCDC or the nearest security post.

The NSCDC spokesperson also emphasised the need for more intelligence, logistics and patrol vehicles to enable the Corps to properly protect the numerous critical infrastructure in the country such as Electricity, Telecommunication installations and oil pipelines scattered across the country.

The AEDC’s Head of Public Relations and Media, Mr Ahmed Shekarau, confirmed that the company was partnering with the NSCDC to fight the menace.

“We have a multi-purpose strategy to check the menace; you remember we had visited the Commandant–General of the Nigerian Security and Civil Defence Corps, (NSCDC) on the partnership.

“We have also visited the Inspector–General of Police , and he has agreed that the Force will collaborate with the AEDC to achieve the objective,’’ Shekarau said.

He told NAN that vandalism of electrical installations was a major challenge to the operations of the company.

NAN reports that activities of vandals had occurred in many areas in the FCT,especially in the Central Business District, and in such satellite towns as Lugbe, Kuje, Kubwa and Nyanya, resulting in power outage there.

Shekarau said the number of cases of vandalism of the company’s installations assets was on the increase.

He said that the AEDC was engaging members of the communities concerned to curtail the menace.

“We are engaging with the communities on this issue, because if you look at the city centres where you even have light, you have street light, yet people still go and vandalise them; and in some of the places, the vandalism takes place in broad daylight,’’ The AEDC spokesman said. (NAN)