The Federal Airports Authority of Nigeria (FAAN) has appealed to passengers and other airport users to show understanding over the ongoing reconstruction of Oshodi-Murtala Muhammed International Airport (MMIA) Road, Lagos. 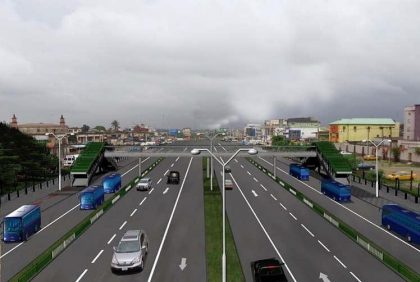 Mrs Henrietta Yakubu, the FAAN General Manager, Communications Affairs, made the appeal in a statement on Thursday in Lagos.

Yakubu said that security agencies and other traffic officers had been mobilised to ensure that road users and passengers have relatively hitch-free passage while the road was under construction.

“FAAN, in conjunction with the Lagos State Government, has put in place necessary measures to mitigate the effect of the construction on the road users while the project last,” she said.

Yakubu said that the project, which would last for 15 months, was aimed at expanding the road for better service to users.

She urged passengers and other airport users plying the road to always leave their homes earlier than usual to enable them to get to the airport on schedule.

“It also includes construction of Ramp Bridge to provide a U-turn from Ajao Estate to Airport, construction of a flyover at the Nigerian Aviation Handling Company (NAHCO)/Toll Gate and drainage works.

Yakubu said that FAAN was committed to its core values of safety, security and comfort to the airport users.

Gov. Akinwunmi Ambode of Lagos State had on Aug. 2 said that work on the proposed expansion and reconstruction of the road would commence in September.

Ambode said that the project would see the transformation of the road from four to 10 lanes from Oshodi to the International Airport with interchange and flyover that would drop commuters at the local airport.
(NAN)