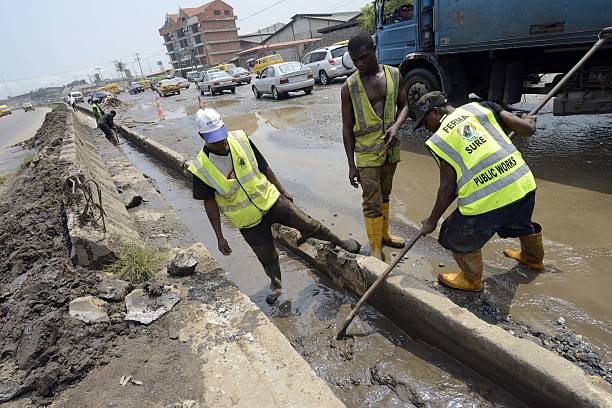 The Federal Road Maintenance Agency (FERMA), in Kebbi, has engaged 800 unemployed youths in its Vegetation and Silt Control programme, an intervention to maintain roads and reduce accidents in the state.

The State Coordinator of the agency, Mallam Rilwanu Usman, made this disclosure to the News Agency of Nigeria (NAN) in Birnin Kebbi on Wednesday.

“We learnt that the vegetation and silt needed to be controlled in view of the harmful and devastating effects they had been causing to roads and motorists plying our roads in the state.

“Outgrowth of vegetation serves as hideout for armed robbers and also obstruct site distance by motorists; hence we engaged the youths as part of our efforts to reduce the rate of accident.

“By this, we prevent damage of vehicles and increase the life span of roads as well as reduce unemployment and idleness among the youth,” he said.

He said youths were engaged in collaboration with district heads in the area to assist in clearing the vegetation and silt spanning 100 kilometers in Koko/Besse Local Government Area.

“The road is 82 kilometres length; it is pervaded by hydrological structures problem.

“It was rehabilitated six years ago by the State Government on behalf of the Federal Government but before work began, the road had since been in bad state,” he said.

The coordinator said the agency had repaired bad roads in Kanfani, Gotomo, Gangarin-Yantifa and potholes in Zauro along Birnin Kebbi and Argungu road.

He expressed optimism that the intervention would be sustained by the new management of FERMA with vigour and commitment in order to achieve potholes free roads in the state. (NAN)