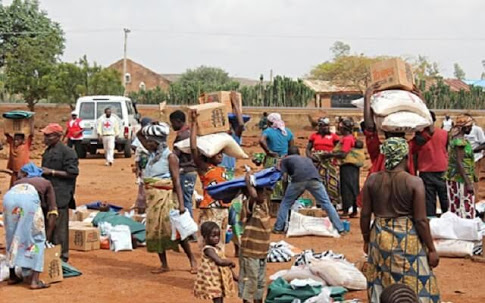 Some members of ECOWAS Parliament and UN Refugee Agency (UNHCR) have commenced tour of some communities affected by insurgency and Internally Displaced Persons (IDPs) camps in Adamawa.

Welcoming the group in Gulak, headquarters of Madagali Local Government Area, the Vice Chairman, Mr Thomas Feaku, said the area was under siege since December.

He said “as from Dec. 23, the area recorded Boko Haram attack almost on daily basis; the latest was the attack at kaya village on Friday where five people died.

“People in many villages in the interior are leaving due to fear of attacks. We want government to deploy more troops to this area.”

The District Head of Gulak, Alhaji Bello Tsimda, said the security challenge in Madagali was serious that many NGOs and agencies rendering support to returnees were avoiding the area.

Tsimda said many returnees could not find business to do as farmers could not go to farm and markets in the area could not operate due to fear of attack.

Officials of ECOWAS Parliament and UNHCR, Mrs Asabe Bashir and Mr Mohammed Tejan, said they were in Madagali on a joint mission to hear from returnees in insurgency affected areas in Nigeria and other affected countries like Niger and Mali for support.