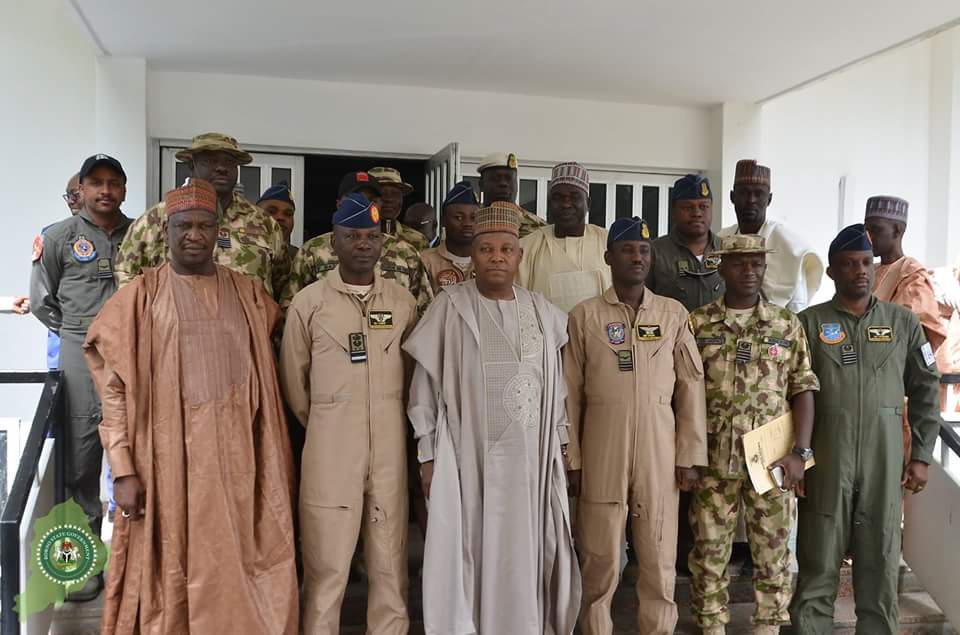 The new Air Task Force established by the Nigeria Airforce to boost air operations in the ongoing war against insurgency is to have 30 units of houses to accommodate its personnel in the airforce base Maiduguri.

This was revealed by the Borno State Governor Kashim Shettima when the The Air Force Task Commander, Air Vice Marshall Lubo paid him a courtesy call.

The Governor said the pilots spends hours flying daily in their operations therefore the Borno State Government will build a decent accommodation for the personnel as support to create a more enabling environment to carry out their duties efficiently.

He appreciated the efforts of the military and the sacrifices made to restore peace in Borno State and the country as a whole.

The Air Task Force Commander AVM Lubo briefed the Governor on some of the operations by the Air Force as he implored Boko Haram insurgents repent and embrace peace.

According to him, for those that refused to take advantage of the window created for them to repent, the Nigerian Air Force will pursue the insurgents from all nooks and cranny in the State and flush out their remnants, as he thanked Governor Shettima for his support carrying out their operations.

Governor Kashim Shettima also praised effort of the Armed Forces saying their operation in the fight against Boko Haram has improved tremendously.