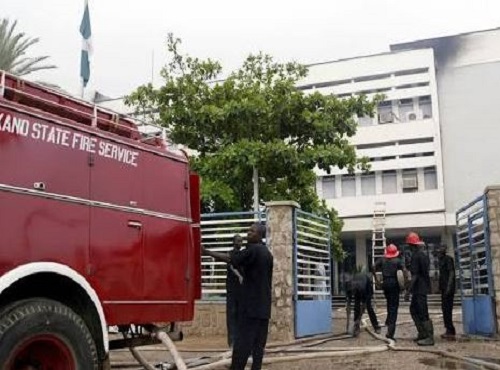 Alhaji Saidu Mohammed, the Public Relations Officer of the service, told the News Agency of Nigeria (NAN) on Sunday in Kano that Sunusi was trapped in the building.

Mohammed said that a good Samaritan informed the fire service about the incident.

“On receiving the information at about 4:30 am, we quickly dispatched our team and a vehicle to the scene,’’ the public relations officer said.

According to him, the old man was rescued unconscious and handed over to the son.

He said the cause of the fire had not been known but investigation was on.

Mohammed further said that at about 3:21pm on Saturday, the firemen also rescued a seven-year-old girl , Zuwaira Bala, who fell into a well in Bagoje, Gaya Local Government Area.

He said that Bala and her elder sister had gone to fetch water from the well when the incident happened.

The PRO said that the girl was also rescued unconscious and handed over to the village head.

He advised parents to stop sending their kids to fetch water from well and said that those who had well in their compounds should cover them to forestall further occurrences.