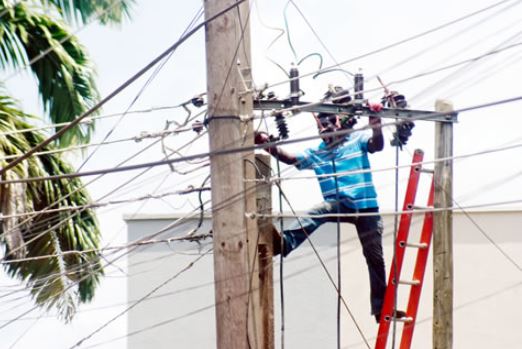 The Consumer Protection Council (CPC) said  on Thursday that arbitrary billing and group disconnection of electricity consumers, without consideration for those paying their bills, constituted gross violations of consumers’ rights.

Its Director-General, Mr Babatunde Irukera, said this in Abuja, at a meeting with the top management of the Abuja Electricity Distribution Company (AEDC), according to a statement by the CPC management.

The statement quoted Irukera as saying that the vast majority of complaints in the sector were based on arbitrary billing and group disconnections.

“The key complaints that we receive are arbitrary, unsupported and unreasonable bills, people not being treated with dignity, the complaint resolution process is either lacking or unclear and there is really no respect for people.”

The statement noted that consumers’ complaints have not been primarily about supply, but about billing for non-existent supply.

It said it had gotten to the point where customers no longer took their bills seriously.

The statement said this was because the bills were considered to be outrageous, and that the pressure on metering would not be so bad if the estimated bills were more transparent and reasonable.

“What Distribution Companies (DISCOs) are doing is connecting their balance sheets to receivables from consumers, but consumers are connecting what they owe to what they receive”.

“Connecting balance sheets to an opaque, arbitrary metering system is the worst form of abuse, especially for an essential public utility.”

The statement noted that group disconnections were usually adopted by DISCOs because the debts owed by some members of the affected groups disregarded and undermined the rights of other consumers in the groups who did not owe.

It noted that the CPC chief executive said that group disconnections negated the promotion of an enabling environment for investment, adding that it was the typical case of mistreatment of an otherwise responsible consumer.

Irukera, however, said that he understood the challenges in the industry, but added that it should not be an excuse for how consumers were being treated.

It said that the Managing Director, AEDC, Mr Ernest Mupwaya, earlier talked about the need for the company to have a cost-reflective tariff for it to have a seamless and more robust operation.

Mupwaya was also said to have noted that fluctuations in foreign exchange rates and inflation impacted negatively on the activities of the DISCOs.

He noted that the DISCOs were considering efforts to bridge the metering gap by providing more meters for consumers and adopting an interim plan of metering transformers for a more accurate estimation.

“The issue of estimated billing has not been fully resolved because of the low rate of metering, and this is closely tied with the impairment on the balance sheet which is tied to tariff issues.

“The balance sheets are impaired to the extent that we are facing huge challenges to attract investments, but I must say that the government, through the power sector recovery programme, has put up a plan that will address these gaps.

“There will be a reset this year, and there will be some level of adjustments in such a way that the balance sheets will look better, and this will give us impetus to get more finances.”

The AEDC chief executive, however, said that before the mass metering arrives, the company could think of every means to embark on the metering of transformers.