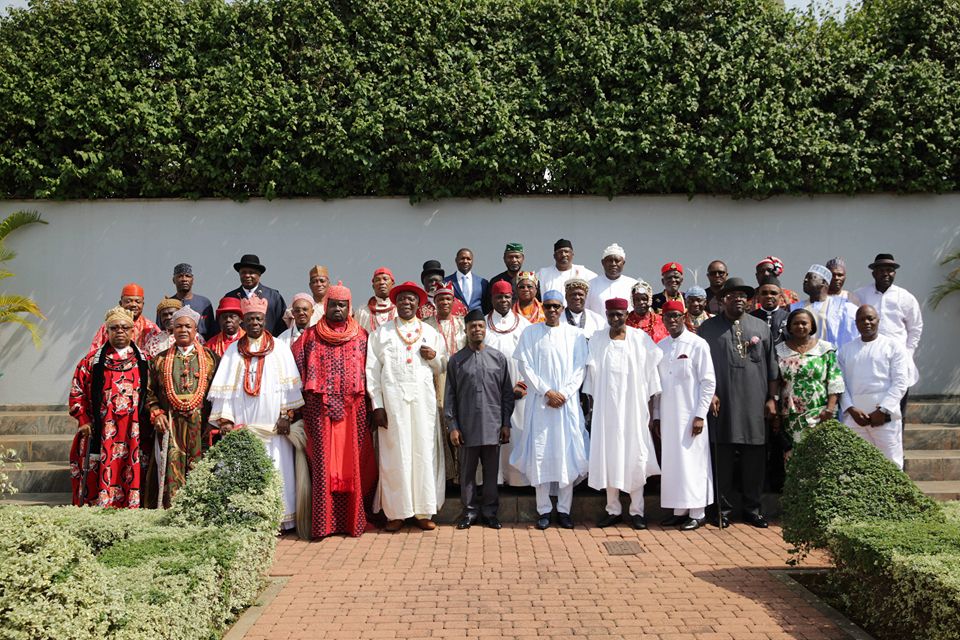 For several years the neglect of the oil-rich region of Niger Delta has been cited as reason for the restiveness occasioned by militancy and violent agitation by the youths of the region. While successive administrations have paid lip service to the perennial problems associated with oil exploration such as environmental pollution, the President Muhammadu Buhari administration on assumption of office took decisive steps to ameliorate the problems of the region.

For example, as part of the measures to realise the clean-up of Ogoni land, the Hydrocarbon Pollution Remediation Project under the Ministry of Environment will in the near future start the procurement process for contracting firms that will carry out the Ogoni clean-up project. The federal government has expressed its irrevocable commitment to to the successful completion of the project.

Firstly, the government took proactive measures to engage the stakeholders from the region and this led to a mutual agreement towards addressing the major problems like infrastructural deficit, youth unemployment, environmental degradation, licensing of modular refineries and relocation of oil companies to the region.

Already shipments for two pilot modular refineries to be cited in Delta and Rivers states are ready for installation. The installation of the refineries in various Niger Delta communities will ensure that the communities become direct beneficiaries of the resources in their land, as well as create jobs for the youths of the region.

Having identified the region’s areas of need the federal government constituted an inter-ministerial committee with a clear mandate to focus on the realisation of the Buhari administration’s new vision for the Niger Delta region. With a diligent coordination by the Vice President Yemi Osinbajo, the committee has continued to work tirelessly to meet the expectations of all stakeholders.

It is worthy of note that in the early days of the administration, the issue of Ogoni clean-up was addressed with concrete plans to fully implement the masterplan. Similarly, the Buhari administration has shown a renewed commitment to the completion of the East-West road which is a key element of the Niger Delta master plan.

Without resting on its oars, the federal government has continued to pay attention to the Niger Delta region and a typical example was the recent employment of hundreds of Niger Delta youths by the federal government. This policy is novel as it is aimed at taking deliberate measures towards addressing the problem of youth restiveness in the region.

The President Muhammadu Buhari administration has also funded the immediate take-off of the Maritime University which has remained in the pipeline for several years. Barring any operational hitches the university will commence academic activities by the end of April 2018. The Buhari administration has also made about N6Billion available for the take-off of the university.

On infrastructural development, the federal government has also reinvigorated the operations of the Niger Delta Development Commission to enable it deliver on its mandate. Based on the determination of the Buhari/Osinbajo administration to ensure that the NDDC fully performs its role as a vehicle for the development of the Niger Delta, some of the encumbrances like political interference, unnecessary bureaucracy and corruption have been removed. Today NDDC focuses on projects that can positively impact on the people of Niger Delta.

The commission has made tremendous progress under the administration of President Muhammadu Buhari. For example, a total of 372 projects ranging from roads, bridges, electricity and water were completed in 2017. As a means of tackling unemployment in the region, NDDC has set up Job Placement centres with a plan to engage about 208,000 Niger Delta youths.

The federal government’s systematic and deliberate interventions in the Niger Delta have also yielded positive results as the restive youths have laid down their arms and this has led to an increase in Nigeria’s oil output as well as the accruable revenue to the federation account.

It is also remarkable that the Niger Delta Inter-Ministerial Committee has already prepared a comprehensive Strategic Implementation Work Plan (SIWP) which will serve a road map for the overall development of the Niger Delta region.
From the foregoing, there is no doubt that the administration has a sincerity of purpose on the genuine concerns of the Niger Delta, but to fully achieve the federal government’s objectives for the region there is need for cooperation from key stakeholders of the region.

They must appreciate that the Buhari administration merely inherited the problems which have lingered for years, and it will require time to witness the difference the administration is making in transforming the region permanently. In other words, there is need to reciprocate government efforts in rebuilding a region which all Nigerians acknowledge as having contributed greatly to the development of the country.

By Chukwudi Enekwechi
An Abuja Based Public Affairs Analyst