The Minister of State, Aviation, Sen. Hadi Sirika, says the construction of the second runway for the Nnamdi Azikiwe International Airport, Abuja will gulp N67 billion 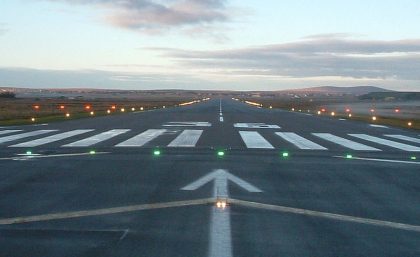 Sirika made the disclosure at the ministry’s 2018 budget defence before the Joint House of Representatives Committees on Land Transport, Maritime Safety and Administration, Ports Harbour and Water-Ways and Aviation on Thursday in Abuja.

The minister further said the budget provisions for the project in 2017 and 2018 budget would cause delay in the completion of the project even as the design of the runway had been done and assessment of the site carried out.

“The estimated amount for the Abuja second runway is N67 billion but it may be lesser or higher in the end but only N10 billion was approved in 2017 budget.

“In 2018 budget, only N8.3 billion is being proposed for the runway project; by this budget provision, the project will take many years to complete.
“Now that is the collective resolve of this parliament and Nigerians as well as aviators, I think there is need to look at it,’’ he said.
Sirika commended the house for their support for the nation’s aviation sector and pledged to continue to work with the relevant committees to move the sector forward.

Responding, Mr Mohammed Bago, the Chairman, Committee on Maritime Safety and Administration, advised the minister to use his experience as a former lawmaker to get better allocation for the project. (NAN)