Receiving the helicopters at the Tactical Air Command Flight Line in Makurdi, the Chief of Air staff, Air Marshal Sadiq Abubakar, said the helicopters were acquired by Federal Government to enhance security operations in the country. 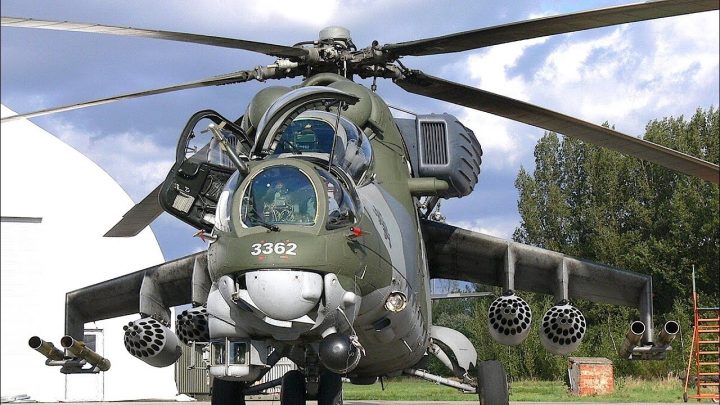 Abubakar, who was represented by NAF Chief of Aircraft Engineering, Air Vice Marshal Abdulganiyu Olabisi, said the aircraft were delivered into the country by a team of Russian experts, led by Mr Alexey Kasin.

He added that the experts were also ready to assemble the machines.

He explained that the two helicopters would be officially inducted during the Air Force 54th anniversary in Kaduna, where they would be deployed to conflict zones for operations.

The air chief said the entire country was disturbed by ongoing security challenges, assuring that the helicopters would enhance security efficiency.

Air Vice Marshal Olatokunbo Adesaniya, the Director, Public Relations and Information (DOPRI) NAF Headquarters, Abuja, said the MI-35M helicopters were the most sophisticated in the category of MI helicopter gunship.

He said some of the special features of the aircraft included executing warfare at night.

According to him, the helicopters will assist the force in checkmating the activities of bandits, especially in the North-Central region of the country.

On the forthcoming 54th Air Force anniversary in Kaduna, the DOPRI said NAF evolved from depending solely on foreign vendors for the maintenance of its aircraft to conducting major repairs and periodic depot maintenance.

He said NAF was now carrying out full intelligence and surveillance air operation platforms, adding that the force had a great feature ahead.