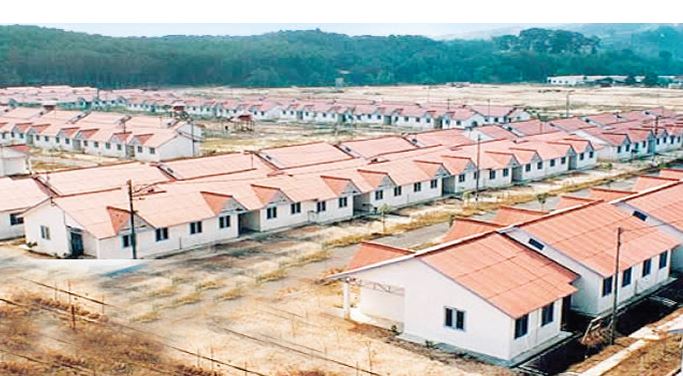 The Federal Controller of Housing, Bauchi State, Mr. Mohammed Adamu, said 40 housing units under the National Housing Programme had been completed and delivered by contractors handling the project in the state.

Adamu said this on Thursday in Bauchi when the Minister of State for Power, Works and Housing, Alhaji Mustapha Shehuri led a delegation on inspection of the project.

He said the 40 housing units which represent 50 percent of the entire project were delivered by 10 out of the 20 contractors handling the project.

Adamu said 16 units of three-bedroom and 24 units of two-bedroom semi-detached bungalows were the projects handed over by the contractors.

He said the remaining 50 per cent of the project were at various stages of completion.

The controller explained that plans had been concluded for the contractors handling infrastructure facilities at the site to commence work.

He said that 36 out of the 76 housing units in the project were delivered by nine contractors handling the projects, adding that other units were at various stages of completion.

In his remark, Shehuri commended the Bauchi and Gombe State Governments for making land available for the project.

He said the Bauchi State Government had approved the request for land for the second phase of the project.

The minister said that the essence of the project was to provide affordable housing and employment for youths in the country.

According to him, similar structures are being replicated in all the 36 states of the Federation and the FCT in the first phase which are nearing completion.

“With the approval of the 2018 budget, we hope to start the second phase of the project in August or September,” he said.

The minister, however, expressed dismay over the pace of work by some contractors handling the project in Gombe State.