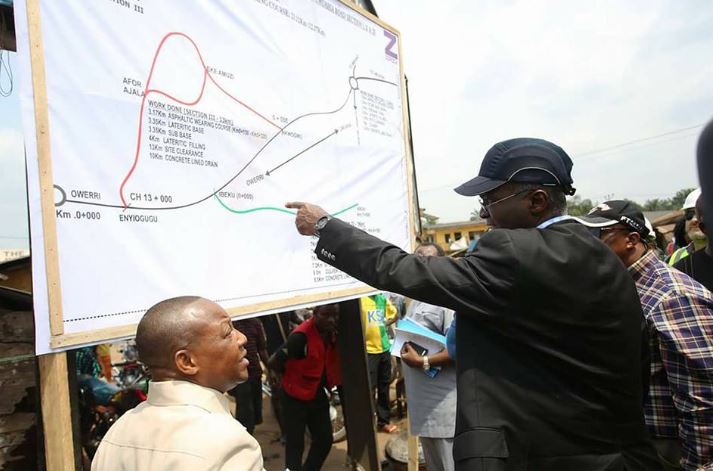 The Minister of Power, Works and Housing, Mr. Babatunde Fashola, has approved the payment of N133 million compensation to Abia communities for land acquired for the construction of a trailer park on Enugu-Port Harcourt Expressway.

The Federal Controller, Federal Ministry of Works, Mr. Chukwudike Nwankwo, spoke in an interview with NAN on Friday during the minister’s inspection of the rehabilitation work on the Okigwe end of the expressway.

Heavy-duty trucks, trailers and the cattle market had spilled into the dual carriageway and hampered smooth traffic flow.

Earlier, Mr. Fouad Sarraf, the Area Manager, SETRACO Nig. Ltd., the contractor, complained that work was stalled at Lokpanta due to the overflow of the cattle market into the road and the presence of heavy duty truck.

He said more than 40 percent of the job had been done by SETRACO and hoped that one side of the dual carriageway would be completed and opened for traffic before December.