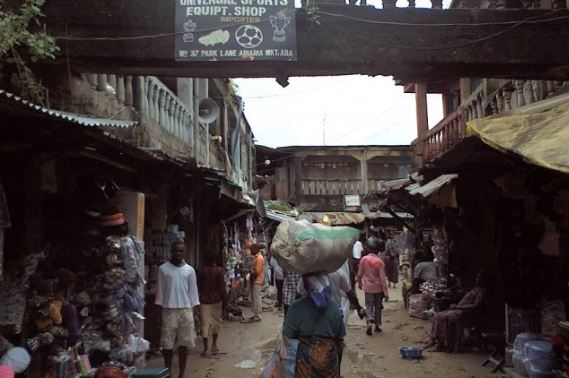 The Minister of Power, Works and Housing, Mr Babatunde Fashola says the Federal Government will provide electricity for over 39,000 shops in Ariaria International Markets Aba in Abia before the end of the year.

Fashola, who made the disclosure on the News Agency of Nigeria (NAN) Forum in Abuja, said the project was a presidential mandate to the Rural Electrification Agency (REA) working with the ministry to energise the market.

He said electrification of the market became necessary given the huge cost incurred by traders who use generators to power their businesses and the important role small businesses play in driving the economy.

Fashola said: “In Ariaria market, where there are thirty one thousand nine hundred and something shops, they spend about N10 million daily to buy electricity from generators, how can we see those kinds of markets and not intervene.

The Governor of Abia is working with us, he has provided the land.

We are doing the reticulation of the distribution for the market, the governor is helping to do some of the infrastructure to clean up the whole place, that is our made in Nigeria platform.

So we are doing it, so we will electrify Ariaria this year, all of the shops in that market.”

He also said government had commenced electrification of Sabon-Gari market in Kano, adding that 3,000 shops out of the 12,000 shops in the markets have signed to be electrified.

The minister said the shops were being wired by 120 technicians, adding that 486 shops have been connected with meters as at March 10.

According to him, all the shops that signed on to be electrified will be connected with their own meters before the end of the year.

He said the provision of a model of electricity for the markets by government would change the many years’ narrative of no power to improve the economy.

“So we said let us use a model, the ministry working with REA, who has a presidential mandate to be champion for renewable, went inside Sabon-Gari markets and closed a deal to electrified 12,000 shops.” Fashola said.