President Muhammadu Buhari on Thursday inaugurated the Abuja Light Rail Project and commended the Chinese Government for its investment in Nigeria’s economy. 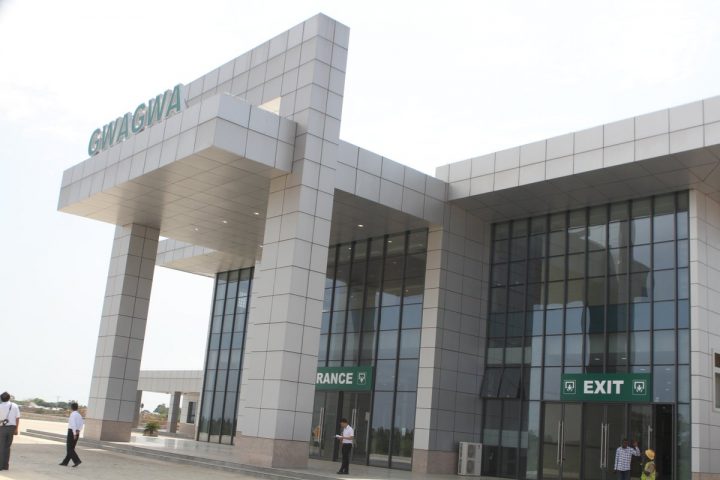 During the inauguration at Abuja Metro Station, the president said the accomplishment of the project demonstrated his administration’s commitment to addressing critical infrastructure needs in the country.

He said the exercise also demonstrated the administration’s determination to ensure prudence in the management of public resources, value for money considering the huge investments in the project in keeping with the ideals of its Change Agenda.

Buhari said transportation was the livewire of any city and expressed optimism that the inaugurated of the project would bring about a boost to the economy of Federal Capital Territory (FCT) and enhance social life.

“I am aware that what we have on ground today are coaches meant to provide skeletal services as we await the main set of the rolling stock for full operations,’’ he said.

Buhari said he had been briefed on the outcome of the recent visit of the ministers of FCT and Finance visit to China during which agreements for the procurement of the main rolling stock were signed.

The president assured Nigerians of the Federal Government’s continued support for all the negotiations toward the realisation of the Abuja Light Rail system.

He thanked the Chinese Government and people for their investment in Nigeria and commended CCECC Limited – the Contracting Firm, for the quality of work and timely delivery of the project.

“Let me place on record the Nigerian Government’s appreciation to the Government of China and the EXIM Bank of China for their support on this and many other projects currently being executed in the country.

“This gesture further cements the already existing cordial relations and developmental partnership between Nigeria and the People’s Republic of China,’’ he said. 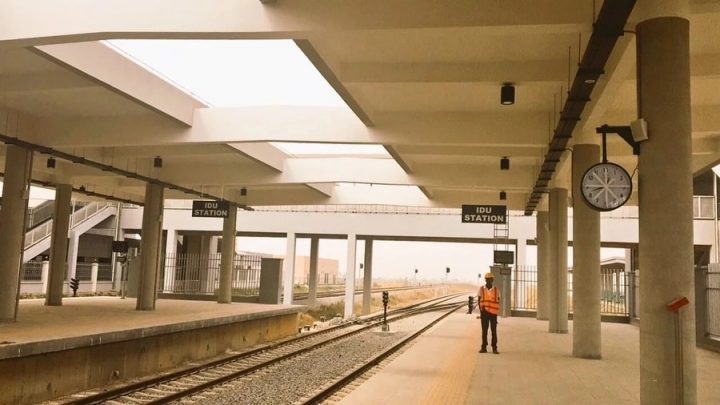 The president urged the FCT Administration, especially the management of the rail services, to ensure efficient operations, good customer service and maintenance culture in the operations.

Earlier, the Minister of FCT, Malam Musa Bello, revealed that​ the Abuja Rail Mass Transit System was an integral part of the FCT Transportation Master Plan.

He said the Abuja rail system was packaged in six lots planned for phased development, based on preferential demand and available financial resources.

He added that the Abuja Rail Mass Transit System was planned to integrate with the National Rail Network when eventually completed.

“The Abuja rail is divided into Six (6) Lots and with total length of 290km. The lots are:

“Lot 1:​ From Nnamdi Azikwe Expressway through the Transportation Centre (Metro Station) via Gwagwa to Kubwa;

“Lot 2: ​From Gwagwa via Transportation Centre (Metro Station) to Nyanya/Karu;

“Lot 5:​From Kubwa via Bwari to Suleja and Lot 6:​From Airport via Kuje and Gwagwalada to Dobi,’’ he explained.

The minister said the implementation of the project had been divided into phases, with phase 1 inaugurated by the president.

He said FCTA had concluded an infrastructure soft loan agreement with Exim Bank of China for the supply of the remaining coaches, including their maintenance for three years at a cost of 194 million dollars.

He said the bank would fund the project up to 157 million dollars or 85 per cent of the total cost, while FCTA would bring in a counterpart fund of 37million dollars (15 per cent).

He said the phase 11 would cover a distance of 32.54km from Nnamdi Azikwe Expressway at Garki Area I via the Transportation Centre to Gwagwa and from Bazango Station to Kubwa.

He said the Federal Executive Council (FEC) in 2017 approved the project for construction by CCECC at a cost of 1.3 billion dollars.

“We hope that the minister of Finance would consider putting this key project in the next borrowing plans, the minister of Budget and National Planning would agree to it, the National Assembly would approved it and that China – Exim Bank would fund it as a mark of goodwill for the cordial relationship between our two countries,’’ he said.

The president was taken on a guided tour of the Abuja Rail Mass Transit and Abuja new International Terminal at Nnamdi Azikiwe International Airport, Abuja.

The Minister of State, Aviation, Mr Hadi Sirika, and Bello led the tour at Idu Rail Station and Abuja airport.

The Abuja Rail Mass Transit is the first mass transit project in Nigeria as well as in West Africa.(NAN)