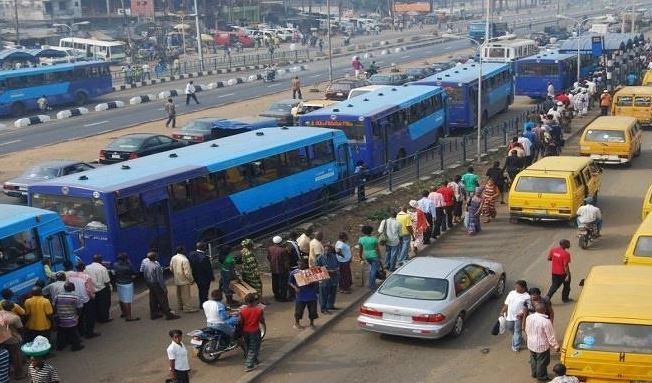 They were reacting to the proposed closure of the bridge for emergency rehabilitation/maintenance.

NAN reports that the Federal Controller of Works, Lagos, Mr. Adedamola Kuti, had on Wednesday said that the emergency rehabilitation/maintenance of the Third Mainland Bridge project would begin on July 27.

Kuti, who spoke at a stakeholders’ meeting in Lagos, said that the repair works on the bridge would be staggered over a period of 27 months.

“A Dynamic Test on Bridge Expansion Joints on Third Mainland Bridge is to be carried out between Friday, July 27 and Sunday, July 29.

“It has been done in such a way that it will have minimum impact on road users,’’ he said.

Omeje said that the corps would be working with other traffic agencies to ensure the free flow of vehicular movement in various routes that will be affected during the bridge repair.

“We advise residents in that axis to ensure that they use alternative routes or other means of transportation to avoid the traffic jam.

“Motorists who have nothing to do at the Lagos Island should stay off at this period and people should make use of waterways and BRT that has designated routes.

“People from Ikorodu going to Apapa should endeavour to use waterways transport system, at least for the main time to avoid delay on the road,” Omeje said.

According to him, testing the stability of the bridge will start in phases and vehicles will be prohibited from using it so as not to affect the result of the testing.

He said that the Traffic Control Committee involving traffic agencies within the state had been established to ascertain the alternative routes and ensure the free flow of traffic during the repairs.

“We are identifying various routes to cover during the process of repair like Cater Bridge; Ido to Ijora Olopa to Eko Bridge.

“Mostly, the vehicular movement will focus on Ikorodu Road up to Eko Bridge; but I am assuring you that enough personnel will be deployed to curb gridlocks,” Omeje said.

Commenting, Olakpe, told NAN that no fewer than 100 LASTMA officials were on ground to ensure sanity on the road during repairs.

Olakpe appealed to the motorists to obey traffic rules and follow the diversion instructions given by the traffic enforcement on the road.