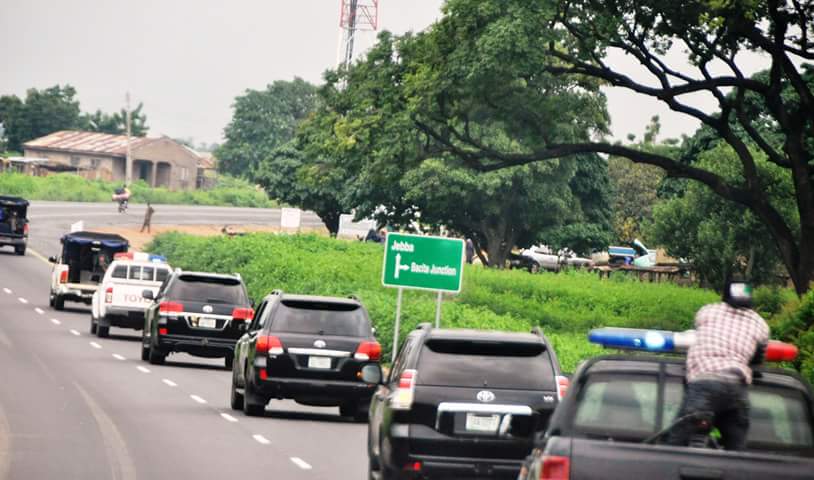 We have Seen Dividends of Democracy, Chief Tells Minister

Segun Adeyemi, Jebba: The Ba’ale of Bode Saa’du in Moro Local Government Area of Kwara State, Barrister Bola Yusuf, has hailed the Federal Government for the reconstruction of the Ilorin-Jebba Road, saying the road has opened up the area to social and economic activities.

Barrister Yusuf gave the commendation in Bode Saa’du, a town along the newly-constructed single carriage way, on Friday, when the Minister of Information and Culture, Alhaji Lai Mohammed, inspected the construction of the Ilorin-Jebba Mokwa-Birnin Gwari-Kaduna road.

“We are indeed very grateful to the government. We cannot over-emphasized the importance of this road. There is no gainsaying that it has impacted on the economy and everything. When it was not done, it affected our people. Now that it has been done, every Nigerian who passes this road has kind words to say to the government. We have tasted and are still tasting the dividends of democracy, and it is our trust in God that it will continue by the special grace of God,” he said.

The Ba’ale recalled that the deplorable state of the road, a key arterial road linking the South-West and the northern parts of the country, had forced a lot of residents to relocate to other places.

“Our market closed down because people were not secured and they couldn’t cope. There is a big cattle market here and we have our local market here but people couldn’t just do anything. It affected everything and it could take you weeks to travel across the road. It was a terrible thing and people were moving out of this area”, he said.

Mr. Yusuf said the reconstruction of the road has now reduced traveling time from Ilorin to Jebba from four days to about two hours.

The Minister said the present administration has chosen to invest in critical infrastructure to revamp the economy, instead of sharing money to a few individuals.

“Rather than put money in the pockets of certain individuals, government decides to put money in infrastructure that will impact positively on the lives of everyone. This government is not distracted, it’s focused on improving infrastructure in Nigeria and actually this is the essence of this kind of tour. We are not just talking, we are showcasing,” he said.

Alhaji Mohammed said the government is convinced that when it provides the critical infrastructure, the country will be on the path to greatness.

Also speaking, the Federal Controller of Works in Kwara State, Mr. Atitebi Wasiu, said the Ilorin-Jebba road is part of the Trans-Saharan road from Lagos to Algiers in Algeria, and cuts through West Africa.

He said the 93.6km Ilorin-Jebba road, which was abandoned for about 10 years due to its deplorable condition, now records daily traffic of about 7,500 vehicles, including heavy duty trucks. But the Controller assured that the road was well constructed, with a lifespan of at least 20 years.

On the Jebba-Mokwa Section, the Resident Engineer in Niger State, Mr. Samuel Sumango, who represented the Federal Controller of Works in the state, said 38 failed portions of the road, including the construction of double cell culverts through the Ecological Fund, have been rehabilitated.

“This road was terribly bad to a point that some vehicles spent one or two weeks, some of them tumbled as they were going. It was a terrible road but we thank God now. This is the handiwork of this very administration,” he said.

Mr. Sumango said the Tatabu Bridge, which failed and practically cut off the South West and the Northern parts of the country on that axis, was rebuilt within one year and reinforced to a dual carriage.

Since kick-starting a nationwide tour of federal government infrastructural projects in May 2018, the Minister has inspected about 10 Federal Government projects, including the Lagos-Ibadan Standard Gauge Rail Line, Lagos-Ibadan, Oyo-Ogbomoso and Enugu-Port Harcourt Expressways, and the Second Niger Bridge. 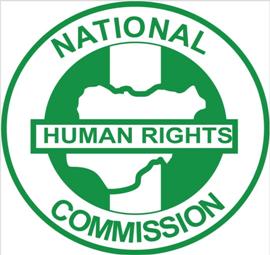