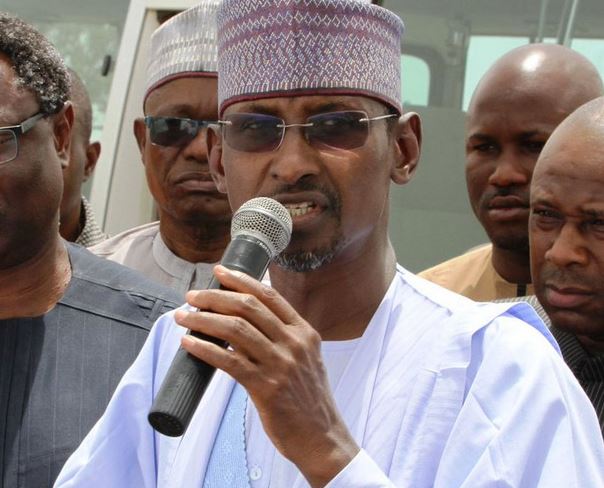 The Minister of the FCT, Alhaji Muhammad Bello, on Tuesday, inaugurated a 1,500 capacity Ultra-Modern Market at Maitama community in Kubwa.

The minister, during the market inauguration under the Bwari Area Council of the FCT, said the development would boost the revenue generation of the council.

He said the construction of the new ultra-modern market would also be of great benefit to the residents of the community and the FCT as a whole.

“It is obvious and I am happy that your chairman, Alhaji Musa Dikko is working to develop the council for the people as this market will boost the revenue of the council and more people will benefit.

“The All Progressives Congress (APC) is doing well for this country under President Muhammadu Buhari’s regime and I believe more is underway,” Bello said.

The chairman of the council, Dikko said although the market idea was initiated by the past administration, however, he was privileged to ensure its completion in less than two years of his administration.

Dikko assured the people that the FCT administration would in no time approve more sites for development projects in the council area.

He said if he is re-elected as the Chairman of the council in the Saturday election, the people would benefit more from his administration.

Mr Rabiu Said, the Developer, who spoke with the newsmen at the event, attributed the success of the market to the dedication of his team and proper application of resources made available to the company.

“We also attribute the success to the cooperation of the Area council and the authorities from the FCT.

“When we came here, there were not more than 300 traders in this place but right now we have made provisions of about 1, 500 stores in this new market, thereby multiplying the previous capacity.

“Right now, 50 to 70 per cent of these markets have been fully allocated and the people that bought the shops comprised of the existing traders, based on the arrangement we have with them and other incentives.

“The traders now have fully developed modern facilities that will stand the test of time and by multiplying the number of shops in this market; we have increased the trading activities and the employment capacity in Kubwa,” he said.

He added that the shops, which were mainly sold out, were done giving preference to existing traders in the market with discounts before giving them out to other members of the public.

The News Agency of Nigeria (NAN) reports that the market, which is located at the old Kubwa market, in the heart of the town, has been redesigned, upgraded and redeveloped into the ultra-modern standard.

Others are Electricity supply with a dedicated transformer, a standby generator, and refuse management.