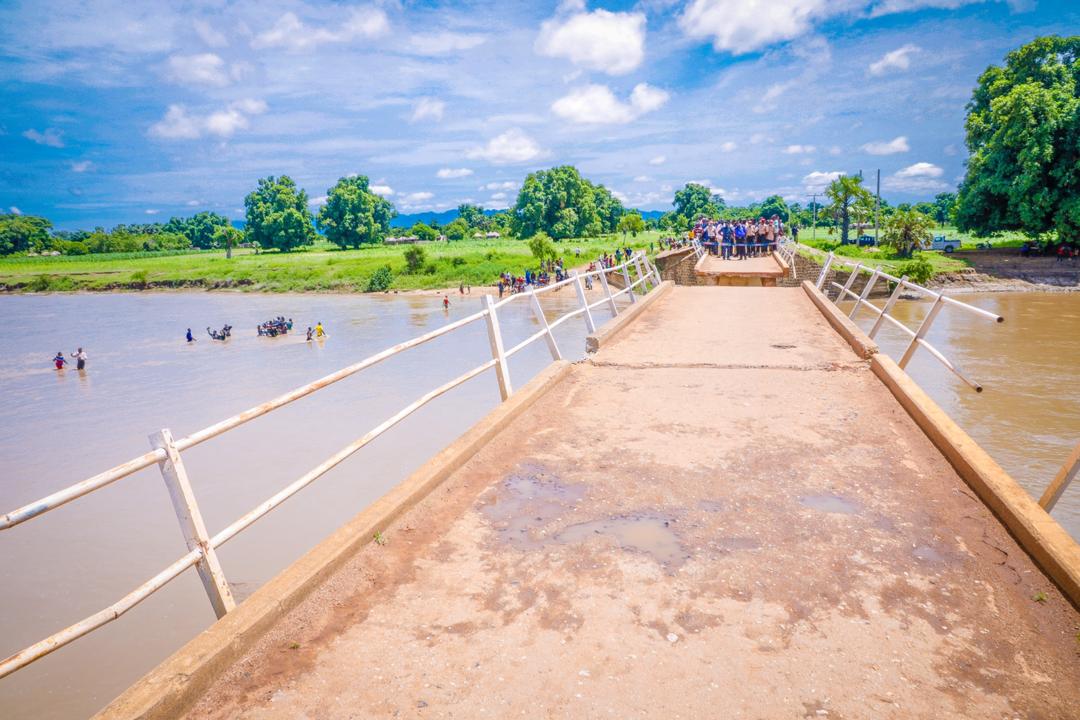 The Federal Government says it will build a concrete bridge over the Wase Waterways in Wase Local Government Area of Plateau State, as a replacement for the recently collapsed Wase Bridge in the State.

The Minister of Works and Housing, Mr Babatunde Fashola, said this on Tuesday, in a statement signed by Mrs Boade Akinola, the ministry’s Director of Press and Public Relations unit.

Fashola was quoted as making the promise when he received the Plateau State Gov. Simon Lalong, in his office in Abuja.

The minister assured the governor that the federal government would provide a short term relief to facilitate movement among the communities disconnected, as a result of the collapse.

The Minister said that the temporary relief, would be undertaken by the Federal Controller of Works in the state in collaboration with the state government and Chairman of Wase Local Government.

He added that the new concrete bridge, would be a long term solution to the perennial problem, which the bridge had suffered as a result of heavy rainfall.

The minister explained that the design of the bridge would take his ministry’s design team, about eight weeks to complete.

He, however, said that the final implementation of the concrete bridge plan, would depend on the availability of fund.

Fashola commiserated with the government and people of Plateau, over the collapse of the bridge, which was as a result of a heavy rains.

He commended the governor for his quick response to the natural disaster, noting that the governor had put a call to him, as soon as the incident occurred, which enabled him to schedule the meeting.

“Our intention is to do a design with a new concrete bridge across the waterways and that will take us about eight weeks going by the design team of the ministry,” he said.

In his response, Gov. Lalong, thanked the minister for scheduling the meeting within a short notice and assembling the relevant departments with the view to finding short and long term solutions to the problem.

Lalong said that he was compelled to call the attention of the minister immediately, to the incident, due to the extent of damage to the bridge.

“Due to the level of damage on the bridge and the importance of the bridge to the State, I quickly put a call to the Minister to which he responded by calling for this meeting.

” I thank him for the time line given in addressing the issue” the governor said.