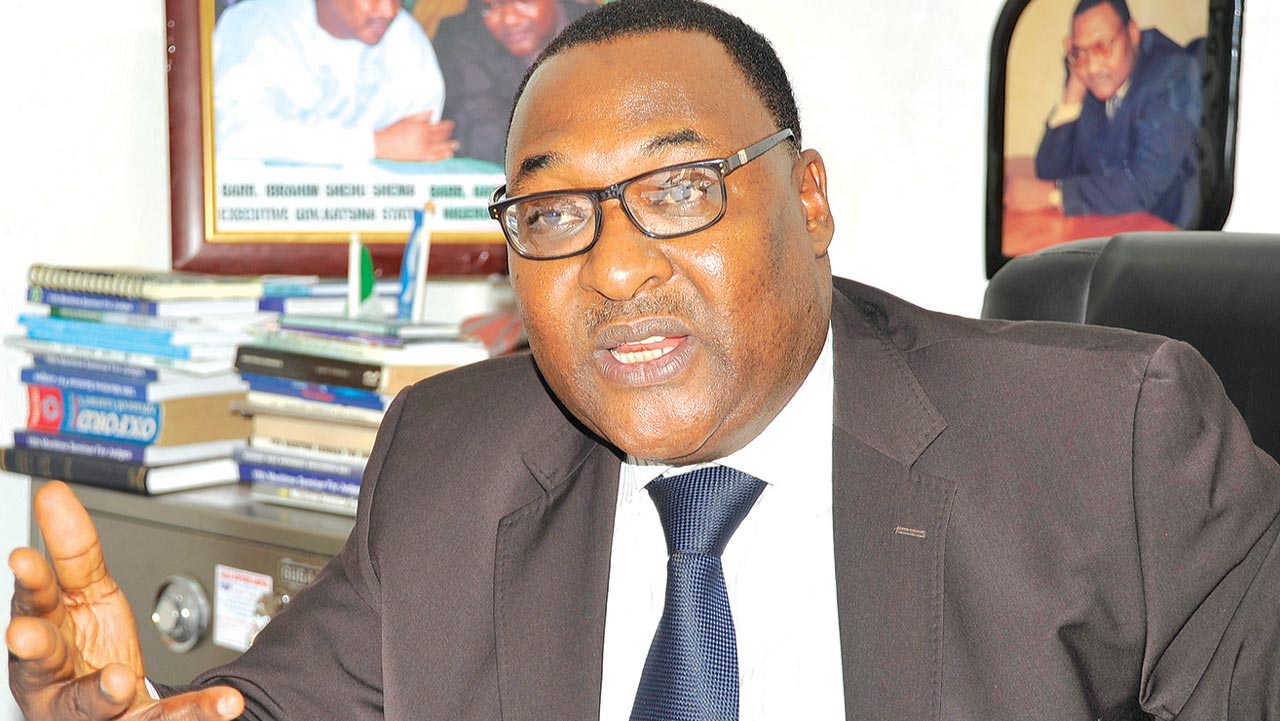 The Executive Secretary of Nigerian Shippers’ Council (NSC ), Hassan Bello, has said that rail transport remains the game changer for the Nigeria’s economy and her  future.

Bello said this in an interview with the News Agency of Nigeria (NAN)  in Lagos on the sideline during  the inspection tour of the Lagos-Ibadan rail project by the Ministers of Transportation, Mr Rotimi Amaechi and Information and Culture, Alhaji Lai Mohammed.

The NSC boss, who commended the Federal Government for the revitalisation of railway infrastructure, said that railway remained key in moving the country forward.

“I am very impressed with the good rail development now in the country. The rail is key to  the nation’s economic development and the future of this country.

“We have seen, in spite of COVID -19 interruptions, rail track now laid up to Ibadan, we have seen the coaches and locomotives and the level of works done  at the various train stations.

“So, rail is a game changer for Nigeria’s development. Rail is a key transport infrastructure to move the economy forward.

According to him, for long, the rail has been non existing but with what the government has done to revitalise the rail, it will revitalise the economy.

He said that  he was sure that the project would be completed, inaugurated, put to use, maintained and be extended to other areas not yet covered.

Bello who noted that he was more interested in the wagons for cargoes’ movement than in the passengers coaches, said that coaches were meant to provide social services.

“If the rail is there, we can move 300,000 metric tons of cargoes between Lagos and Kano and when we do that, it will change the configuration of Nigeria’s transportation system.

“The cost of transporting  cargoes will come down because we will be giving truckers a run for their money in competition. Rail moves mass volume of cargoes and that means convenience.

“We need to export, we cannot rely on oil, it is unpredictable and uncertain. On the wish to divert the source of revenue for Nigeria, there is no other place than export. We have the potential to export so many goods.

“If we use the dry ports as centres for exportation, we have the rail running in full capacity on schedule time, we are going to be  an exporter of so many things and that is the future that the country should look forward to.”

According to him, rail also integrates the people, adding “with the rail, there will be cohesion, connection and coming together of people from diverse  cultures, civilisation and serve as a means of understanding one another better.”

Bello, however, said that government alone could not do it, hence the need for private sector participation which had necessitated the review of the Nigerian Railway Act of 1955.

NAN reports that the Lagos-Ibadan rail project, initially planned from Ebute-Metta in Lagos to Ibadan, has been extended to Apapa port by the Federal Government to enhance cargo movement.

Ten major and minor stations on the 156km  rail line are also  at various stages of completion but the rail track has been completed to EBJ from Ibadan.

The Nigerian Railway Corporation (NRC) had  after  the inspection said that it would commence skeletal operations on the rail line from mid September with 16 trips daily.