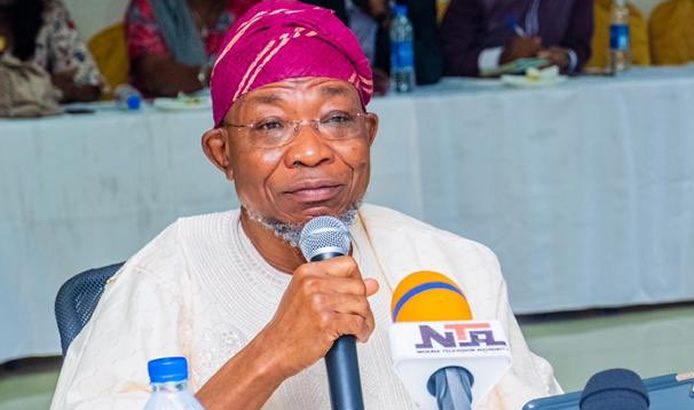 The Minister of Interior, Mr Rauf Aregbesola, on Monday in Lagos called for manpower development to address the skill gap in engineering practice to achieve rapid national growth.

Aregbesola made the call during flag-off of the Rauf Aregbesola Engineering Resource Centre being constructed by the Ikeja Branch of the Nigerian Society of Engineers (NSE) to address skill gap in young engineers.

Aregbesola, a fellow of the NSE, was represented by Mr Kolawole Omotunde-Young, a former Commissioner for Education in Osun.

The centre is located at Ogba near, Ikeja.

According to the minister, every aspect of life has bearing on engineering. 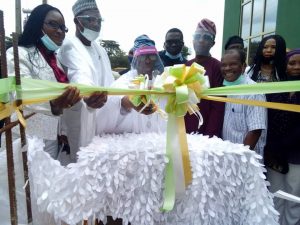 He cited health, telecommunications, transportation, aviation, power, housing as examples of some sectors propelled by engineering.

The minister said that though engineering was important for positive growth and development, some criminal minds turned it into negative avenues for destruction.

He said that he had been in partnership with the Ikeja Branch of NSE for over 21 years, and thanked them for the honour to name the edifice, meant to bridge the skill gap in engineering, after him.

“Practically, everything that has to with man has a touch of engineering.

“We lament our lack of development and stunted growth in comparative terms, but to think that most of what is now Nigeria, especially our big cities, used to be thick jungles, is humbling.

“It will surely get better. Engineers, just keep at it. It is my sincere hope that our world will be made better by engineering,” he said.

The minister said that the resource centre would be a modest contribution of the Ikeja Branch to that dream.

“I urge everyone to contribute in one way or the other to its erection.

“I must sincerely thank the association, particularly the chairperson of the branch, for her dedication and zeal toward the realisation of this goal.

“My special thanks go to everyone that supported my nomination and have pledged to contribute cash, materials, knowledge and any resource in kind,” he said.

The NSE President, Mr Babagana Mohammed, represented by a fellow of NSE, Mr Saliu Lawal, decried dearth of practical skills in the nation.

Mohammed said that Nigeria had vast intelligent human reaources but had no adequate practical engineering training institutions to harness their innovative potential.

He said that Nigerians were leading in innovations in various countries and had become distinguished rallying points for excellence because they had the right atmosphere to unleash their potential.

He commended the flag-off of the construction.

Muhammed pledged support for the growth of engineering in Nigeria.

“In the last 30 or 35 years, we have noticed a wide gap between industry and the academia.

“There is a wide gap in the cadre of young engineers and technicians.

“I can tell you on authority that most construction work contractors go to neighbouring countries to bring in artisans to complement our efforts.

“This engineering centre will train younger ones and will be able to monitor artisans,” he said.

The Chairman of the Ikeja NSE, Dr Funmilade Akingbagbohun, said the project which was delayed due to COVID-19 outbreak was aimed to bridge the gap between theory and practical in engineering.

She thanked Aregbesola for his passion for the project that started in 2019.

“We have identified that there is need for skill acquisition by young engineers, there is a need to put solutions to problems and challenges in the nation at large.

“We have been waiting since 2001 to have a resource centre that we will use as a training place for young engineers.

“We identified that in the tertiary institutions right now, a lot of students cannot identity the practical things in engineering; hence, the need to begin to bridge the gap between classroom and the industry.

She said that schemes created by government were going into extinction, making Ikeja NSE to take the step to ensure local engineering capacity development at the resource centre.

“Every nation that wants to develop or grow and wants to identify with development requires services of engineers that are capable,” she said.

She said young engineers were being used for every stage of construction – from design stage through construction.

She added that all arms of engineering would be trained at the centre.

A former Chairman of the Ikeja NSE, Mr Ayo Fanimokun, who is the project supervisor, gave a brief of the project.

He said the desire to bridge the skill gap had been on since the inception of the Ikeja NSE in 1993.

He said that previous efforts to bridge the gap between theory and practical failed until Aregbesola stepped in to change the narrative with the support for construction of the engineering centre.

According to him, the centre is a four-storey building with the second floor dedicated to training while other floors would house the library, fabrication and information and communication technology sections.