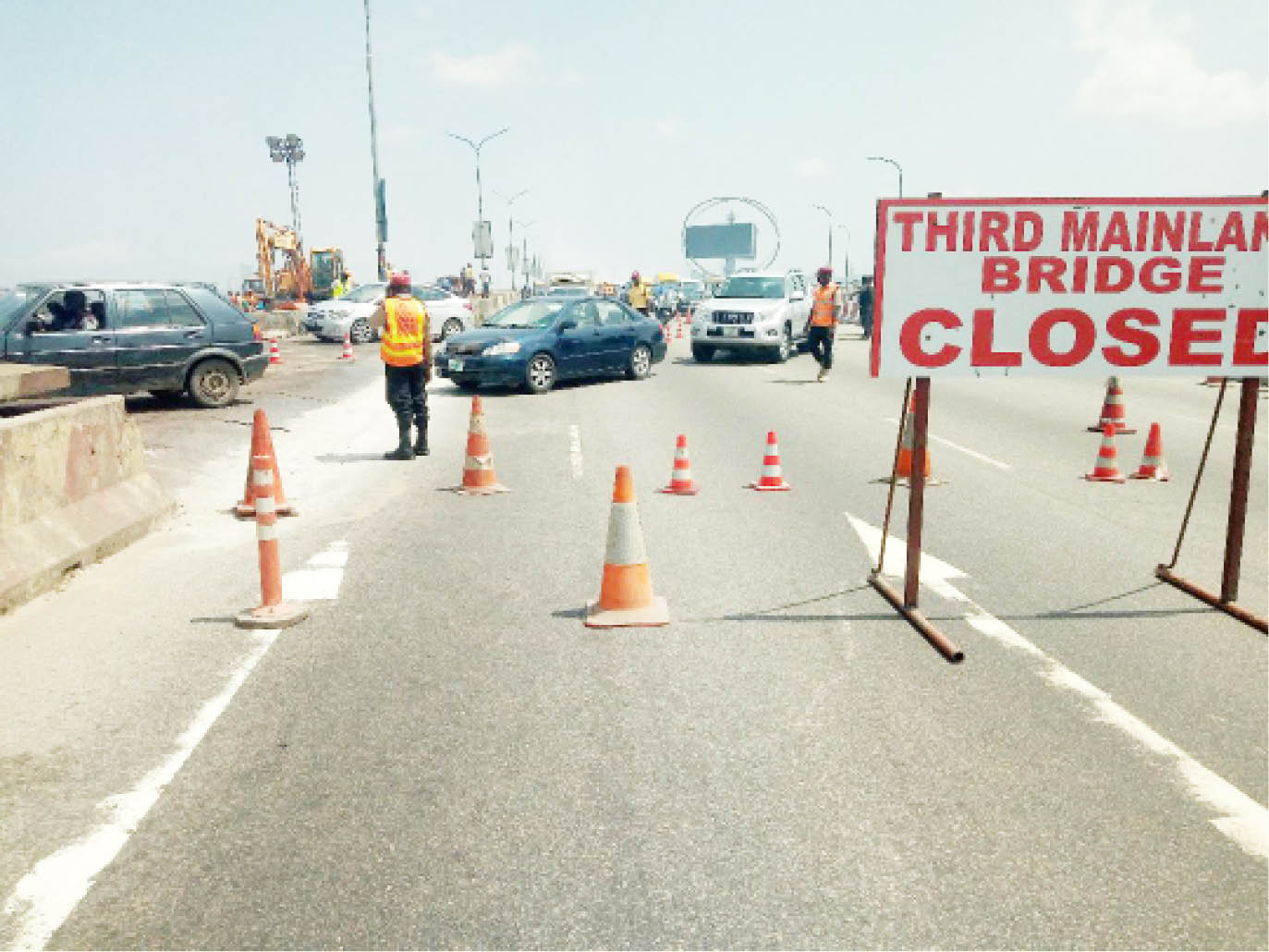 The Federal Government on Thursday announced completion of the first phase rehabilitation of the Third Mainland Bridge and a planned 18 hours total closure of the bridge.

The Federal Controller of Works in Lagos, Mr Olukayode Popoola during inspection of the bridge said that the fixing of six expansion joints on the Oworonshoki bound carriageway had been completed.

He commended road users for their patience.

Popoola said that debris would be cleared from the section and construction would move to the Island-bound carriageway, warranting a total closure of the bridge for 18 hours.

He said that the 18 hours closure would begin from midnight on Saturday through Sunday to move construction materials to the new portion and return to the partial closure before Monday morning.

“The diversions will still be at the same previous points.

” Work is to commence on the Island-bound lane of the bridge with the partial closure of Adekunle to Adeniji Adele Phase B.

“Consequently, Adekunle to Adeniji-Adele part of the bridge on the Island-bound lane measuring 3.5 Kilometres will be partially closed throughout the period of repair works and there will be diversion of traffic,” he said.

He listed the traffic diversion timings and routes which had not changed from the existing schedule given by the traffic regulatory agencies when the construction started in July.

Popoola explained that rehabilitation works on the first section dragged for additional one month beyond October due to slowdown caused by the EndSARS protests and increased rainfall.

“On behalf of the Honorable Minister of Works and Housing, Mr Babatunde Raji Fashola (SAN), I thank Lagosians and the motoring public for their cooperation during the last four months that the rehabilitation work has started,” he said.

Mr Paulo Prono, the Executive Director, Borini Prono, contractors on the project, promised that the firm would do its best to complete rehabilitation of the second phase of the Third Mainland Bridge ahead of schedule.

Prono said that the steel for the construction was ready and three expansion joints were also ready.

He said they were on ground for immediate commencement of installation on the Island-bound carriageway.

“We are used to the job and we would do better,” he said.

“Our men would always be on ground 24/7 to ensure free flow of traffic,” he said.

NAN reports that the Third Mainland Bridge is going through repair.

It was partially shut on July 24 for the repair.

The repair was expected to last for six months.

It was divided into two phases of three months on each carriageway, starting with the Oworonsoki-bound carriageway.

The 11.8km bridge is the longest of the three bridges connecting Lagos Island to the mainland.

The bridge starts from Oworonshoki, which is linked to the Apapa-Oshodi Expressway and the Lagos-Ibadan Expressway, and ends at the Adeniji Adele Interchange on Lagos Island.

Constructed in 1990, the bridge was adjudged as the longest in Africa until 1996 when the Oct. 6 Bridge in Cairo was completed. (NAN)