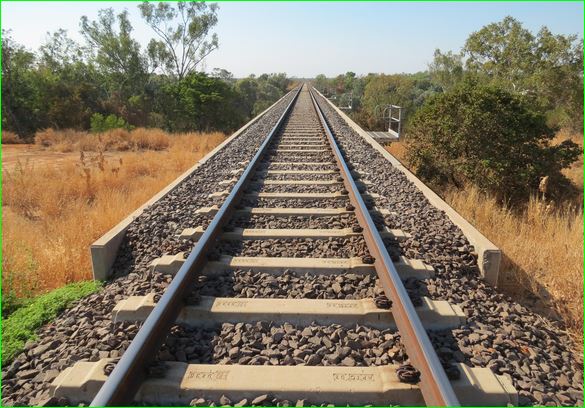 Haruna Sabo, the NRC Northern District Engineer, made the disclosure in an interview with the News Agency of Nigeria (NAN), on Saturday in Zaria

He said that the corporation had deployed patrol teams along the rail line following repeated vandalism of the rail tracks.

Sabo said those arrested were members of a syndicate that specialized in removing rail clips that hold sleepers and rail tracks together.

The district engineer said that the suspects were arrested by staff of the NRC district office at Sayi-Dumbi rail section along Zaria-Kaduna axis on Friday.

The suspects are Sabitu Kabiru of Matara Sarki in Zaria and a trader, Sabi’u Shehu.

One other suspect, whose name was given as Umar Faruk, was said to have escaped.

Kabiru, however, said it was their first time of attempting to vandalise the rail tracks and were caught.

On his part,  Shehu said he used to buy iron rod from Kabiru, but had never bought any stolen railway property from him.

The district engineer said that personnel of the railway inspection and maintenance unit would continue to monitor the rail lines on daily basis, until all the vandals were arrested.

“These personnel saw the vandals removing bolt and knot, and rails clips on the track; the clips hold the sleepers and rail together.

“The removal of the bolt and knot, rails clips on the track was one of the reasons for the recent derailment of trains in Kaduna”, he said.

NAN reports that the suspects were handed over to the Railway Police in Zaria, for further investigation.