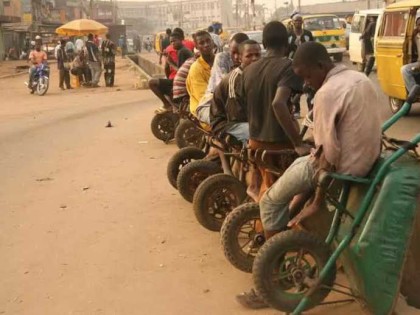 Nigerians And The Economy

The Minister of Information and Culture, Alhaji Lai Mohammed, has assured Nigerians of the Federal Government’s commitment to their welfare, saying measures that will give them succour have been included in the 2016 budget.

”These provisions will soften the impact of the harsh economic environment,” the Minister said in a statement issued in Abuja on Wednesday. ”We are aiming to lift millions of Nigerians out of poverty through massive social interventions.”

He said the measures would be targeted at unemployed graduates, market women, artisans and farmers, among others.

”The school feeding programme that will provide one meal per day to school children, the conditional transfers of 5,000 Naira monthly to 25 million most vulnerable Nigerians and access to loans by different categories of people are among the measures for which provisions have been made in terms of huge allocation of resources, thanks to the frugality and transparency of the Buhari Administration.

”In addition to providing succour, these measures will also stimulate the economy. Just imagine the impact on the poultry sector alone if, for example, one egg is given daily to 1 million school children,” the Minister said.

He said in spite of the global economic downturn, the impact of the current harsh economic environment on Nigerians would have been less severe if those who are now pointing accusing fingers had shown more responsibility and transparency in the management of the nation’s resources when the nation was enjoying a boom.

”The gains of the boom when oil was selling at over $100 were either stolen or frittered away, while the billions that were allocated for the fight against insurgency were either diverted to political campaigns or ended up in private pockets. Yet, those who brought the nation to this sorry pass have continued to grandstand, even having the audacity to further insult the victims of their impunity.

”The Buhari Administration is not making excuses. That is why it has included in the 2016 budget the measures that will provide relief for Nigerians. But it is important for Nigerians to know the kind of deficits that the government ran since 2009 that partly brought us to where we are now. In 2009, the Federal Government was spending $228 for every $100 earned, leaving a deficit of $128. In 2010 the spending was $158 for every $100 earned, leaving a deficit of $58.

NEWER POSTDonald Trump Said Muslims Should Be Ban From US, Today Over 100,000 Petition Trump To Be Ban From Uk
OLDER POSTNigerian military deserves commendation for its strides in the war against Boko Haram ~ Buhari Media Support Group