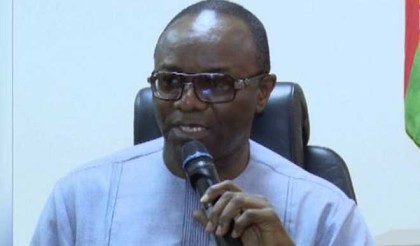 The Minister of State for Petroleum Resources, Dr. Ibe Kachikwu has called on member countries of the African Petroleum Producers Association (APPA), to close ranks and bring their influence to bear on the global oil and gas production matrix.
Speaking at a media briefing to herald the forthcoming 6th Africa Petroleum Congress and Exhibition (CAPE Vl) billed for Abuja from 15th – 17th March, 2016, Dr. Kachikwu stated that it was high time APPA members rallied round to forge common positions on critical areas of mutual interest to galvanize their stakes especially in the Organization of the Petroleum Exporting Countries, OPEC.
“APPA needs to meet more often, strategize more often and speak with one voice,” he said.
The NNPC GMD also called on APPA member countries to resist the temptation of being over competitive among themselves so as not to deplete their strength in OPEC and other global oil and gas organizations.
On the forth coming CAPE VI, the Minister informed that the event which will feature the 33rd Ordinary Session of the APPA Council of Ministers meeting under the Presidency of Dr. Kachikwu is tailored to benefit Nigeria in a number of ways.
“`In the first place, it is a home-coming event as Nigeria was a key founding member of APPA and a promoter of the African Petroleum Congress. We hope that the event will highlight the nation’s oil and gas potential to a global audience and help showcase Nigeria’s small and medium scale oil and gas companies to other African countries and world at large,” he said.
The African Petroleum Producers Association (APPA) was founded at the instance of Nigeria at a meeting held in Lagos in January 1987 with eight (8) African countries (Algeria, Angola, Benin, Cameroun, Congo, Gabon, Libya and Nigeria) in attendance. It was formed to serve as a cooperative framework for the promotion of common initiatives and projects related to management policies and strategies in all areas of the petroleum industry of the oil producing countries in Africa.
Its key objectives include: Promotion of cooperation among member countries in hydrocarbon exploration, production, refining, petro-chemicals, manpower development, acquisition and adaptation of technology and legal matters; promotion of technical assistance among member countries in the areas in which individual members have acquired valuable experience among others.
APPA membership has since grown from the initial eight (8) to eighteen (18) countries. The other members are: Chad, Cote d’Ivoire, democratic Republic of Congo, Egypt, Equatorial Guinea, Ghana, Mauritania, Niger, South Africa, and Sudan.
The ascendency of Nigeria’s Petroleum Resources Minister as President of APPA, brings to three his headship of top global oil and gas organizations. Kachikwu holds sway as President of the Organization of Petroleum Exporting Countries, OPEC Conference and is also President of the Gas Exporting Countries Forum, Ministerial Conference which held in November in  Tehran, Iran