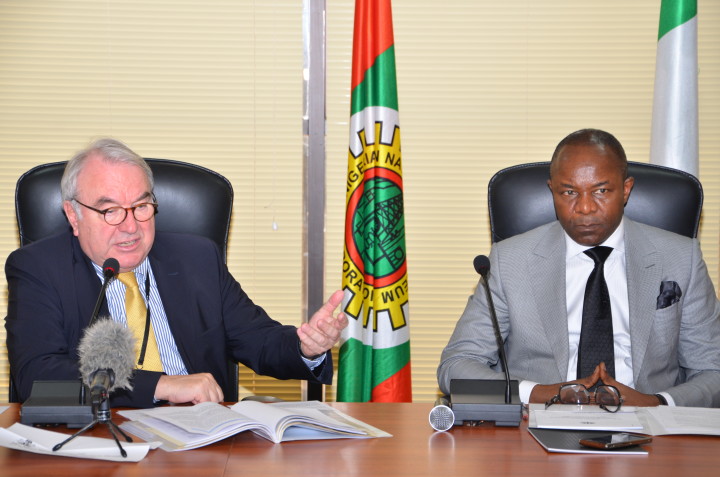 Nigeria’s quest to expand its Liquefied Natural Gas (LNG) market into Europe received a major boost on Thursday as a visiting German trade delegation indicated the country’s burgeoning desire for Nigeria’s gas supply.
Leading a large contingent of German business concerns on a visit to the Honourable Minister of State for Petroleum Resources, Dr. Ibe Kachikwu at the NNPC Towers, Vice Minister for Economic Affairs & Energy and Member of the German Parliament, Mr. Uwe Beckmeyer, said the country was seeking development of business relationship to accelerate the supply of LNG especially in the country’s ship building industry.
According to Mr. Beckmeyer, Nigeria’s LNG would come in handy as the country and other European industrial powers seek to cut down drastically on Carbon dioxide (C02) emissions arising from heavy industrial operations since LNG is far friendlier to the environment.
“We have a lot of interest in LNG and I think this is one special thing we should develop in the next few years. I think there is increasing demand in Europe especially as we seek to reduce emissions. It is useful for both sides to develop this special business relationship,’’ the German Vice-Minister stated. 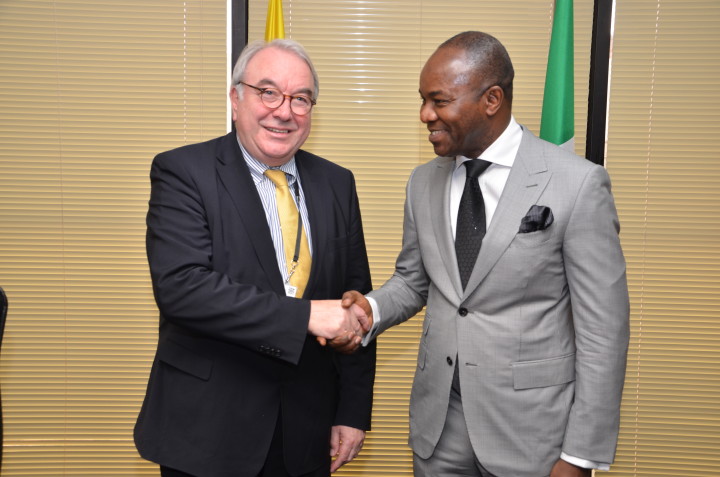 Welcoming the delegation, Dr. Kachikwu said that the oil and gas industry was ready to embrace the interest for improved business relationship expressed by the German trade delegation noting that the Federal Government is working assiduously with other relevant stakeholders to ensure activation of LNG Trains 7 which would help accommodate potential off-takers from new markets.
Meanwhile State Governors under the aegis of the Nigerian Governors Forum have expressed satisfaction with the performance of the Honourable Minister of State for Petroleum Resources and Group Managing Director of the NNPC, Dr. Ibe Kachikwu.
Speaking on behalf of the forum, Zamfara State Governor and Chairman of the NGF, Mallam Abdulaziz Yari, who led a team of governors to the NNPC Towers on Thursday, expressed confidence in the ability of Dr. Kachikwu to lead the NNPC and the oil and gas industry to the desired levels.
Expressing delight in the ongoing reforms in the NNPC, Mallam Yari stated that the visit of the governors to the NNPC Towers was indicative of the level of confidence the NGF has in Dr. Kachikwu.
“What we are seeing is not NNPC of yesterday, you can see for yourself the change we are talking about. In the last eight years you have not seen a group of governors coming to NNPC to find out what is going on as critical stakeholders. So you can see the change we are talking about,’’ he said. 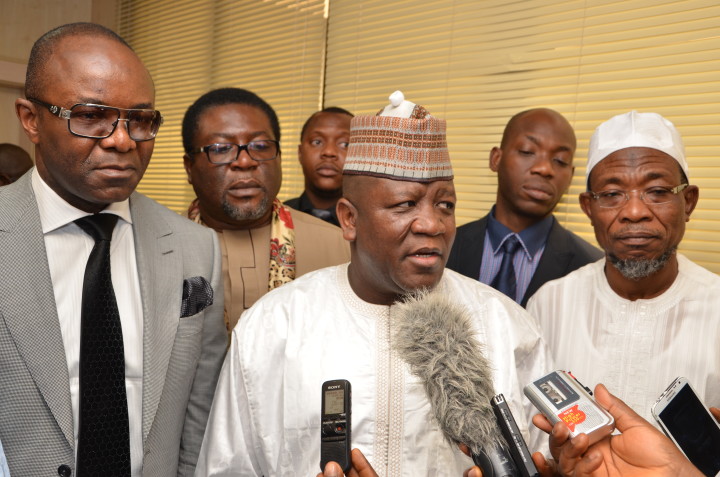 On the ongoing plans by the Corporation to build new mega fuel station in every senatorial district across the country, the NGF Chairman pledged the readiness of members to support the NNPC Retail expansion drive in their respective states.
“We are happy with his performance, in fact when he made a presentation to the forum earlier, we told him we are going to support him as a forum and also take him to Mr. President to campaign for him to be given any support he needs to succeed,’’ he said.