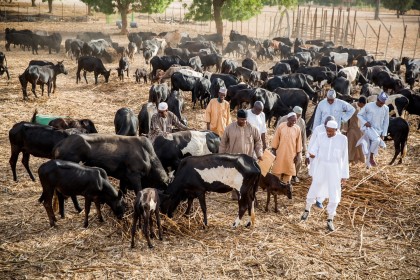 President Buhari in His Farm

President Muhammadu Buhari said on Saturday that the priority of his administration is to ensure national food security before export of food products.

The President said this while contributing to a Presidential Panel Roundtable on Investment and Growth Opportunities at the opening session of the Africa 2016: Business for Africa, Egypt and the World at Sharm El-Sheikh, Egypt.

President Buhari stressed that Nigeria being a mono-economy dependent on oil, and with a teeming unemployed youth population, the way out of the current slump in the global oil market, is for the administration to focus on agriculture and solid minerals development. “The land is there and we need machinery inputs, fertilizer and insecticides,” he said. 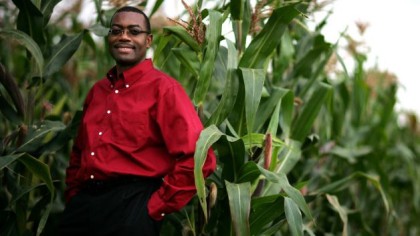 Dr. Akinwumi in A Maize farm

Reiterating his opposition to the devaluation of the naira, President Buhari said Nigeria cannot compete with developed countries which produce to compete among themselves and can afford to devalue their local currencies.

“Developed countries are competing among themselves and when they devalue they compete better and manufacture and export more. But we are not competing and exporting but importing everything including toothpicks. So, why should we devalue our currency?” the President asked.

According to him, “We want to be more productive and self-sufficient in food and other basic things such as clothing. For our government, we like to encourage local production and efficiency.” He added that those who have developed taste for foreign luxury goods should continue to pay for them rather pressure government to devalue the naira.

President Buhari, who expressed optimism that Nigeria would get out of its current economic downturn, noted that another major problem militating against economic revival is the huge resources deployed towards fighting insurgency and international terrorism. He, however, commended the support being received from the international community in the administration’s fight against terrorism as well as cooperation in tracing looted funds stashed away in foreign countries.

Responding to a question on his performance since he assumed office, the President said that his administration has been quite focused on three fundamental issues of securing the country, reviving the economy and stamping out corruption. 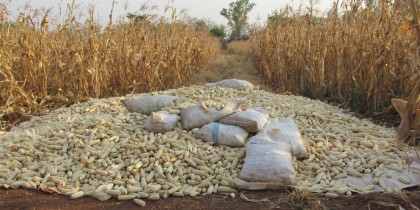 “The message on corruption has been driven home vividly and Nigerians are very acceptable to the message,” he said, adding that those accused of stealing public funds are cooperating by voluntarily providing useful information while investigations and prosecutions are ongoing.

In his opening address at the Forum, the Egyptian President, Abdel-Fattah El-Sisi, said Africa needs to concentrate on transforming into knowledge societies using innovation and research. The Presidents of Gabon, Equatorial Guinea, Sudan and the Prime Minister of Ethiopia also participated at the Roundtable.

In his opening message, the President of the African Development Bank (ADB), Akinwumi Adesina, said that “Africa must think big, act big and develop big.”

Before departing Egypt, President Buhari and his Egyptian host, had a bilateral discussion on security, military cooperation, agriculture and solid minerals development.