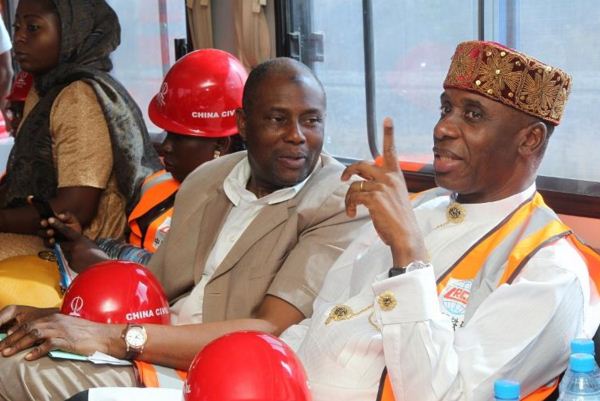 Minister of Transportation, Rotimi Amaechi, said coaches for the Abuja-Kaduna Rail Modernisation Project have arrived Lagos and will begin test-run by March 31.

He disclosed this during a courtesy visit by the Abuja Transport and Aviation Correspondents Association (ATCA), to him on Friday in Abuja.

The minister reiterated the commitment of the Federal Government to test-run the rail project to ensure that by May, the project could commerce commercial activities.

Amechi said he was supposed to inspect the coaches Monday, but unfortunately the death of the Minister for State, Labour and Employment,made him to it call off.

“I just signed the letter for China Civil Engineering Construction Company (CCECC), requesting for approval to test-run the coaches.

“The Certificate of Ownership has been signed and the Federal Government has paid the compensation, though not released to the hospital yet.

“We are still on target; the only problem we have is that of the Daughters of Charity Hospital, Kubwa, Abuja.

‘He also said that the CCECC is supposed to donate a building to the hospital. He added that discussions were still on with the company.