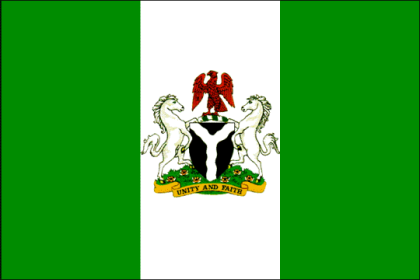 in pipeline vandalism and the sabotage of power infrastructure that have combined to drastically reduce power generation/transmission as well as fuel supplies in recent times, thus inflicting untold hardship on Nigerians.

In a statement issued in Abuja on Sunday, the Minister of Information and Culture, Alhaji Lai Mohammed, said the repeated attacks on oil and gas pipelines and the wilful shutdown of power facilities by protesters amount to economic sabotage which no government will tolerate.

”Vandals, whatever their motives are, cannot and will not be treated with kid gloves because their actions constitute a clear and present danger to the nation’s economic, social and political well being. The attack on the Forcados Export Terminal that has affected gas production by oil firms and reduced gas supply to power generating plants and the shutdown of the Utorogu gas plant are totally condemnable and cannot be allowed to continue.

”Also, while this Administration will not do anything to abridge the constitutional rights of any individual or group to carry out protests, it will also not tolerate a situation in which anyone will hide under the guise óf legitimate protests to sabotage power infrastructure. The shutdown of the national transmission facility in Osogbo and the Ikeja Disco by some unionists amount to economic sabotage,” he said.

Alhaji Mohammed said the government is not unaware that as it steps up the fight against corruption, corruption will vigorously fight back in many forms, including the destruction/sabotage of key national infrastructure to make the government look bad.

”However, nothing will make this government to slow down in its anti-corruption fight and no one who is corrupt will be spared,” he assured.

The Minister appealed to Nigerians to join hands with the government to check the activities of the unscrupulous and unpatriotic elements who have taken it upon themselves to continuously work against the interest of the people.

”When oil and gas facilities are vandalized, the impact is felt directly by Nigerians. When power infrastructure is sabotaged for whatever reasons, Nigerians bear the brunt. While those actions may be aimed at discrediting the government, those who pay the price are the vast majority of innocent, law-abiding and well-meaning Nigerians, not just the vandals or the saboteurs. This is why Nigerians must not allow the few recreants behind these attacks to hold sway,” he said.

Alhaji Mohammed said the power situation is gradually improving as generation has now increased to around 4,000MW while the Minister of State for Petroleum Resources, Mr. Ibe Kachikwu, has assured that the prevailing fuel queues will gradually ease in the next few days.