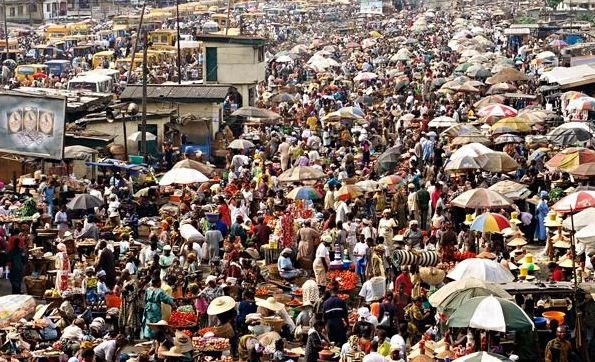 The World Bank stated that with the high population rate, Nigeria needs to create 40 million to 50 million additional jobs between 2010 and 2030 in order to reduce poverty and promote more inclusive growth.

This was disclosed in a press release published on its website on Tuesday.

According to the bank the jobs to be created need to be more productive and provide higher incomes.

This is premised on three new World Bank reports focusing on this challenging agenda.

According to the statement, the first report titled “More, and More Productive Jobs for Nigeria” provides a detailed overview of jobs, workers, and employment opportunities.

The second, “Understanding and Driving Private Sector Growth in Nigeria” studies constraints and drivers of firm-level growth and implications for employment.”

The third report titled, “Skills for Competitiveness and Employability” examines the demand in priority economic and job growth sectors and how to ensure that Nigerians have the right skills.

“The solid, detailed diagnostics in these reports are critical inputs to developing education and jobs strategies for Nigeria.”

The statement said that the reports show that “two Nigerians” seem to be emerging: one in which high and diversified growth provides more job and income opportunities, and one in which workers are trapped in traditional subsistence activities.

“The reports also show a geographic divide, with northern Nigeria having low levels of education access and high youth under employment than the South.

“Although skills required in Nigeria remain mostly manual, the South is experiencing more demand for the cognitive skills required by the new knowledge economy,’’ it said.

According to the studies, the majority of adult Nigerians are employed but locked into low-productivity and low-income work, with no job or income security.

The studies find that half of working Nigerians are in small-holder farming and another 30 per cent working as self-employed in small or micro household enterprises in the non-agricultural sector.

The statement said the reports implied that the work of this category of Nigerians was not enough to escape poverty, or attain middle class status for their households.

The reports, however, called for attention to key areas for the country’s education, competitiveness, and jobs agenda.

The reports, therefore, offered solutions to include a transition into more productive employment through more skills acquisition.

It also said that better job market information and facilitation would strengthen job accreditation and certification and expand opportunities for school-to-work transition.

Secondly, the private sector generates employment but firm growth is too small to absorb a large number of Nigerians.

It said that about four million microenterprises were capable of generating wage jobs, indicating that the informal sector should not be overlooked in development strategies.

The formal sector appears to have an even greater potential to grow and generate employment but is limited by low productivity, especially in northern Nigeria.

It said that the biggest gains to productivity would come from reducing crime, improving access to credit, reducing losses due to power outages, and increasing use of the Internet.

The reports also proposed focus on agriculture as being critical, stating that it would remain the largest employer for the foreseeable future.

It said that agriculture contributed 22 per cent to GDP in 2012, but employed half of the working population.

The statement also reiterates the reports proposal that safety nets were needed to prevent people from falling into poverty and to protect economic development over the longer term.

Also, efforts to identify appropriate employment policies must be based on reliable data and rigorous analysis.

It concluded that insufficient and poor quality data was still a constraint in monitoring jobs in Africa’s most populous nation.