Federal Government To Use Nuclear Energy To Diversify Electricity Generation 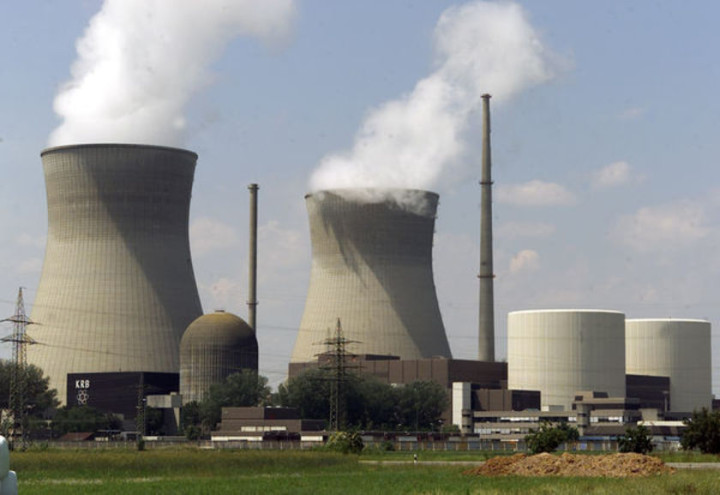 The Federal Government of Nigeria says it will explore nuclear energy to diversify the nation’s electricity generation.
This is was disclosed in a statement issued on Thursday by Mr Timothy Oyedeji, Director Press, Ministry of Power, Works and Housing in Abuja.

According to the statement, the Minister of Power, Works and Housing, Mr Babatunde Fashola, challenged experts to domesticate issues on Nuclear Energy in the industry.

The statement reiterated federal government’s commitment in diversifying its energy mix beyond traditional sources of gas, oil and Hydro to include nuclear and other renewable sources like solar, biomass and wind.

It stated that the minister said this when he received the Director-General of the International Atomic Energy Agency (IAEA), Mr Yukiya Amano, in his office.

It said that Fashola challenged Atomic Energy experts to do more in the area of public enlightenment as many Nigerians had limited knowledge about the use of nuclear technology for power.

As many countries are exploring the use of nuclear energy, the statement said that Nigeria cannot afford to be left behind in the acquisition of appropriate nuclear technologies.

It also stated that the comprehensive nuclear law was with the parliament and would be enacted soon. It assured that government would do all within its power to strengthen the capacity of the regulatory regime.

According to the statement, all procurement activities for the first nuclear power plant with generation capacity of 1,200MW of power to the National Grid by 2025 would be done as scheduled.

It added that these projects would be financed through Public-Private Participation (PPP) policy for infrastructural development in the country with target to increase it to 4,800MW by the year 2035.

It stated that Amano expressed satisfaction with NAEC and its team of experts for the research works and human capacity building efforts in this specialised field.

It added that Amano urged the NAEC to leave no stone unturned in letting Nigerians know that nuclear energy was for peace purposes.

The statement also quoted the IAEA director-general as saying that “Nigeria’s nuclear energy was for developmental purposes in areas such as engineering, medicine, environmental protection, security, agriculture and food security’’.

The statement said that Amano informed the minister that the IAEA regarded Nigeria as an important partner.
It stated that IAEA wanted to transfer nuclear technology that would not be adverse to Nigeria.

It added that IAEA as a responsible international agency, wanted Nigeria to use nuclear power for peace and development.

It said that Dr Erepamo Osaisai, the Director-General of NAEC, stated that Nigeria had made remarkable progress in development and strengthening of activities in diverse and specialised areas of nuclear energy.

The statement listed energy planning, peaceful use of nuclear for industrial, education, research works, medicine and power generation as areas Nigeria had made progress in.

According to the statement, the NAEC DG pledged that the commission will continue to drive efforts in areas of technical know-how, manpower and capacity building for overall development of nuclear technologies in Nigeria.