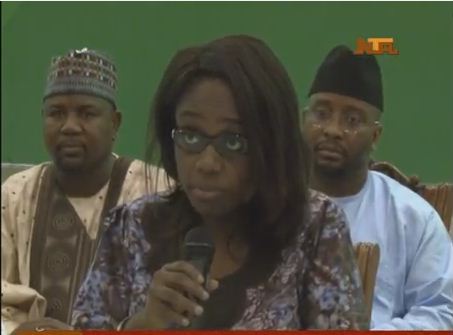 The Federal government says it will inject N350 billion to stimulate the economy in the next few months as soon as the 2016 appropriation bill is signed into law.

Finance Minister Kemi Adeosun made this known during a media briefing on Tuesday at the end of the two-day National Economic Council retreat.

She said that the ministry was already discussing with some of the contractors who would be paid the money.

Adeosun said that the ministry is also looking at contractors who have laid-off staff and that how many Nigerians they are going to put back to work as a result of this plan to release money into the economy.

The minister said that the retreat discussed funding of the Universal Basic Education Commission (UBEC) and the need to get legislative approval to reduce counterpart funding paid by state governments.

She explained that counterpart funding was exacebating the indebtedness of state governments.

She said that the federal government planned to reduce that requirement temporarily from 50 per cent to 10 per cent.

Accordingly Adeosun the gesture will enable the states access an estimated N58 billion that they could not access before due to the burden counterpart funding.

The minister said that participants at the retreat were hopeful that the money would allow state governments rehabilitate 1,000 classrooms in the 36 states thereby creating jobs and boosting economic activities.

Adeosun said that the retreat deliberated extensively on drop in revenue particularly as it affected state governments and their ability to pay salaries.

She said that the retreat also looked at the possibility of state governments setting up efficiency unit to rationalise expenditure and increase internally generated revenue.

The minister said that Federal and state Inland Revenue Services would collaborate to carry out joint audit and boost revenue collection.

She added that the council advised the state governors to rationalize the numbers of their commissioners and political appointees to reduce cost of governance on the states.